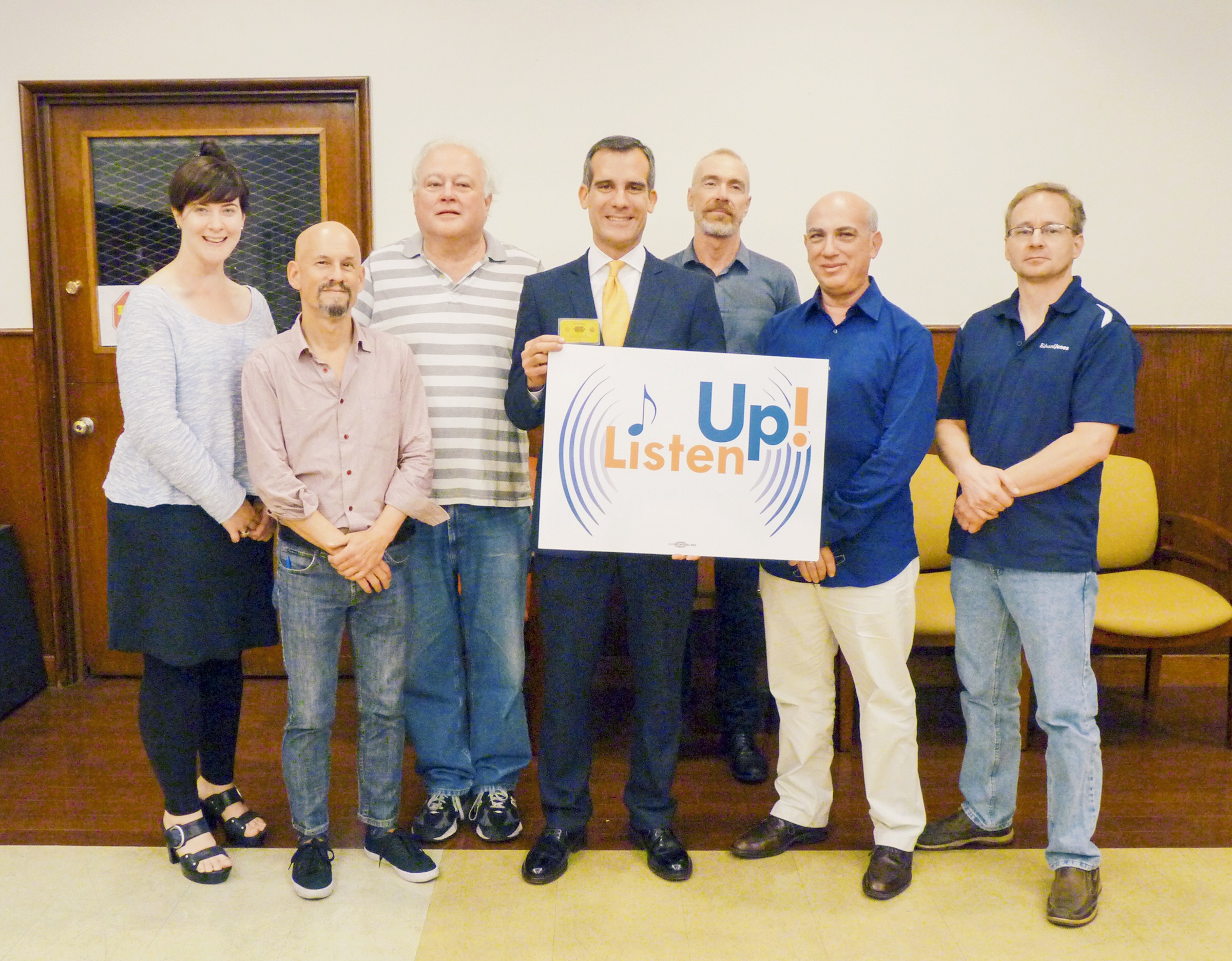 Los Angeles Mayor Eric Garcetti has thrown his support behind the AFM’s Listen Up! Campaign, which calls for production companies, who pocket millions in US taxpayer incentives, to stop offshoring musical scoring work. “I’m fighting for good-paying, middle-class jobs across California, and our work to pass legislation—which will boost production and music scoring—must be with that goal in mind,” says Garcetti.

Halting the bleed of film and television production jobs out of California has been a top priority for Garcetti. Alongside the musicians union and other entertainment guilds, he has taken a leading role in advocating for the passage of AB 1839, the bill that would enhance the state’s Film and Television Tax Credit Program and provide a bump in the incentive for film soundtrack scoring in California.

Last month, AFM Local 47 (Los Angeles, CA) hosted a ceremony naming Garcetti an Honorary Member of the musicians union in appreciation of his efforts to stem runaway production from Hollywood and for his support of Los Angeles musicians. “Himself an accomplished pianist and composer, Mayor Garcetti truly understands the issues and concerns of professional musicians,” said musician Andy Malloy. “We commend him for standing with us in our efforts to stop the offshoring of film scoring work and keep music jobs in the United States.”