Home » On the Cover » Loretta Lynn: Music Keeps Her Young 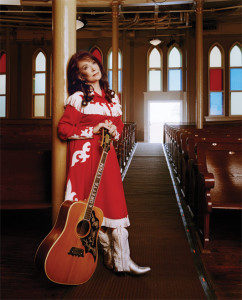 Loretta Lynn’s career has inspired musicians for 50 years, and her personal story of persistence and success paved the way for many strong female country singers who followed in her footsteps, living out their country music dreams. A completely self-taught singer songwriter and guitarist, Lynn wrote her first song, “I’m a Honky Tonk Woman,” on a $17 guitar that her husband, Oliver Doolittle “Doo” Lynn, purchased as an anniversary present.

“The neck soon warped and I couldn’t keep it in tune, but that’s how I learned to play,” she says. The then-24-year-old mother launched her career while caring for four children and cooking and cleaning for 36 ranch hands in Washington State. She was shy, but Doo saw her talent. When he landed her a gig in a local bar they both hoped for an easier life.

“I didn’t know I was talented. Everybody in Butcher Hollow sang, it seemed like,” says Loretta of the Kentucky coal mine town where she grew up.

Lynn’s upbringing as the second of eight children born to a union coal miner can partially be credited for her frank and open outlook, and willingness to address causes she cares about. She recalls John L. Lewis as the leader of the United Mine Workers who brought much needed help to people like her father. “Anybody who worked in the coal mines at that time had to be in the union,” she recalls.

Lynn has been a union musician her whole career. She initially joined the AFM when she worked her first gigs in Washington, and she’s now been a member of Local 257 (Nashville, TN) for 53 years. “The musicians union helps the artists,” she says. “Where would we be if not for their help?”

Back in early 1960, when Lynn made her first recordings on Zero Records, radio stations were still small, local operations. Loretta and Doo drove station to station with copies of her record in the trunk of their Pontiac, imploring the DJs to play it.

“We would drive to a radio station and I would go in with my record. Some of them would say they couldn’t play it, or they wouldn’t play it, and some of them played it while I was there,” she recalls. “I just sat there until they played it. I imagine they thought to themselves, ‘This girl is going to stay here all night if we don’t play her record.’” 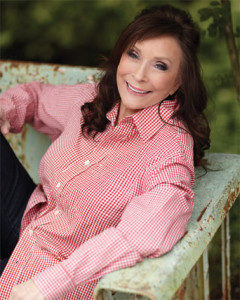 “The disc jockey would say, ‘I don’t think the program director will let me play this,’ and I would say, ‘Why don’t you try?’” recalls Lynn.

By the time the pair arrived in Nashville, “I’m a Honky Tonk Girl” was already a minor hit, eventually reaching number 14 on the country charts. She took the stage of the Grand Ole Opry for the first time in 1960 as a star-struck 28-year-old who knew very little about the music industry. Looking back, she says, “I’m glad I didn’t have sense enough to take no for an answer.”

After the Lynn family relocated to Nashville, she met the Wilburn Brothers, Teddy and Doyle, and became part of their show. Through the brothers, she was introduced to Decca Records and began cutting demos with producer Owen Bradley. She says Bradley helped her enormously, recalling how he  gently coached her about how to be a better performer and about the music business. “He told me things about other artists that he had recorded. We would talk and I would get the message,” she says.

Today, one of the most awarded performers in all of country music and a 52-year member of the Grand Ole Opry, Lynn was elected to the Country Music Hall of Fame 1988 and the Songwriters Hall of Fame in 2008, and received a Grammy Lifetime Achievement Award in 2010. In 2003 the Kennedy Center Honored her for her lifetime contributions to the arts, and in 2013, in one of her proudest moments, President Barack Obama awarded her the Presidential Medal of Freedom.

At 83 years old, Lynn still performs regularly and continues to win awards. In the past year alone she was honored with a 2014 Americana Music Lifetime Achievement Award for Songwriter (September 2014), the Tennessee Governor’s Arts Award (March 2015), and the Country Music Awards (CMA) Crystal Milestone (April 2015).

The country music pioneer was the first woman to get a gold record in 1970 and the first woman to be awarded CMA’s Entertainer of the year in 1973. Though she never set out to be a feminist, she was never afraid to tackle issues important to working-class women, both in interviews and in her music.

During the early 1970s, Lynn began a collaboration with Conway Twitty that lasted almost 20 years and made the pair the most successful duo in the history of country music. Twitty became a close friend of both Loretta and Doo. “We had 12 albums together,” she says. “Conway Twitty was one of the nicest people I’ve ever known.” 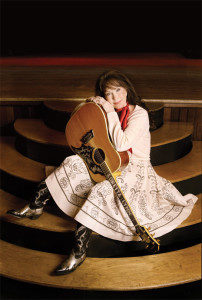 “Doo loved Conway,” she adds, recalling how Doo actually gave the pair their biggest hit. “We’d been out on tour a couple weeks and we’d come home. We walked in and my husband was sitting at the desk. He didn’t usually come into the office. He says, ‘I’ve got a hit for you.’ And Conway says, ‘Oh, my god, he’s got a song for us?!’ It was called ‘Louisiana Woman, Mississippi Man’ and it was a number one hit. We kind of listened to Doo from then on.” The pair remained close until Twitty passed away in 1993.

Lynn has released 54 studio albums, plus 15 compilation albums in her career. Her most recent album, Van Lear Rose (2004), was produced by then-28-year-old Jack White. White had been a long-time fan, ever since he saw the 1980 film of Lynn’s life, Coal Miner’s Daughter, as a child. He met Lynn when she was working in Detroit. When he suggested he would like to produce her next album she replied, “Why not?”

The album won critical acclaim, peaking at number two on Billboard’s country album chart. It was nominated for five Grammy Awards in 2005, winning two—Best Country Album and Best Country Collaboration with Vocals for its song “Portland, Oregon,” a duet Lynn sang with White.

Her property in Nashville, Hurricane Hills, has long been open to visitors who can tour her mansion and museum and stay in her on-site campgrounds. She regularly holds festivals, concerts, and other events on the property.

Lynn has a new album coming out in the next year. She says it will be a combination of new songs and old-time ones. “I’ve got some old songs that Mommy taught me when I was growing up and some new stuff that I wrote,” Lynn says.

Meanwhile, Lynn keeps busy touring and performing. She’s pleased with how her career has stood the test of time, a reward due in large part to her non-stop work ethic. She says she prefers to work only on the weekends these days. “We’ve been turning them away. I think that’s pretty exciting,” she says, agreeing that music is what keeps her young.