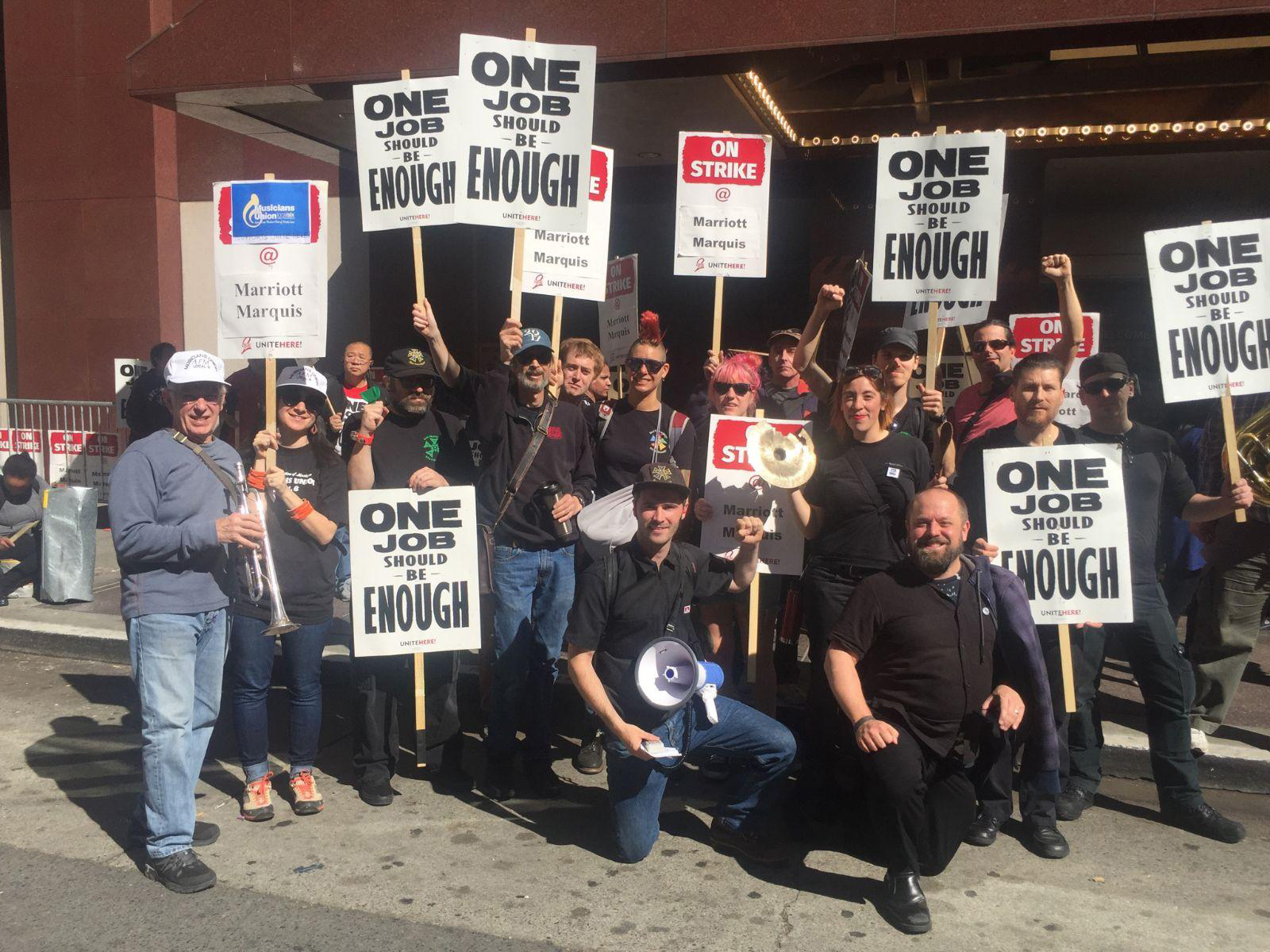 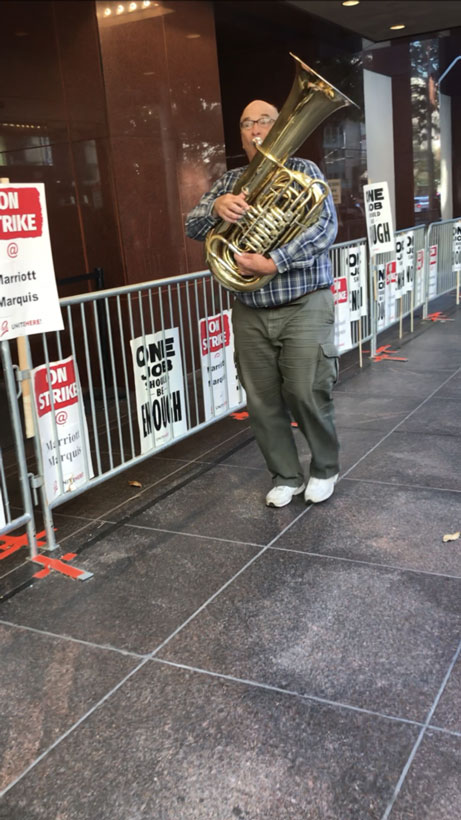 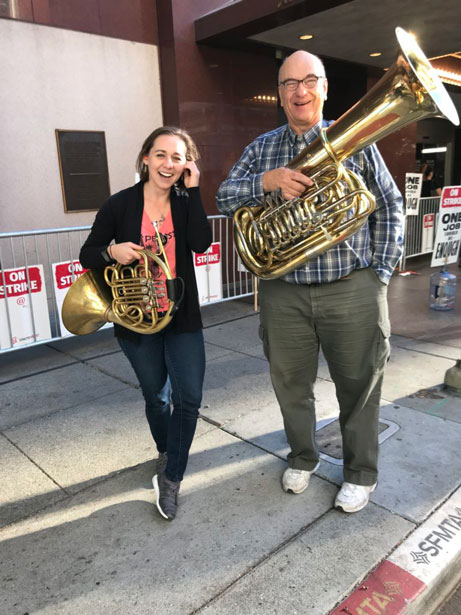 For months, Marriott hotel employees have been fighting for an agreement with better wages and working conditions. Marriott has refused to make any significant changes, resulting in 7,700 employees striking nationwide in October. They have vowed to continue to strike until their demands are met.

“I do know how hard it is to go on strike at all when you depend on your job and the income to get by. As a musician firmly entrenched in the middle class, I cannot fully fathom what pay and working conditions must have led these folks to the picket line, but I derived strength from their grit and apparent determination to make things better,” says Rick Leder of Local 6 who played his trumpet during the rally. “Playing along with these tireless drummers for me was a great experience in cross-union solidarity that I will remember for years to come.”

Learn more about the #MarriottStrike Day of Action here: https://onejob.org/oct20/ or sign the pledge to stand with these hotel workers fighting for better working conditions. You can also view a full list of hotels on strike here.