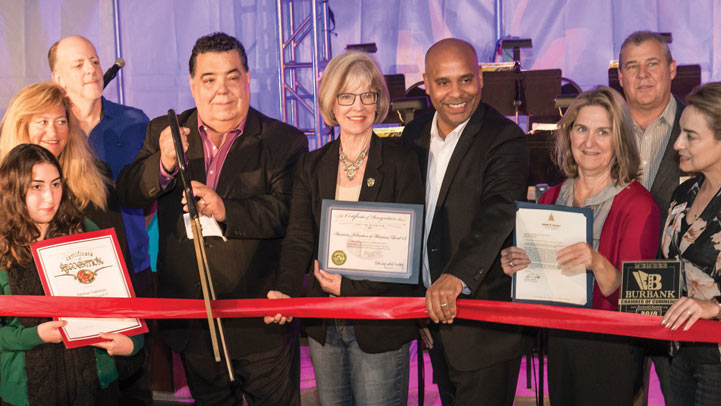 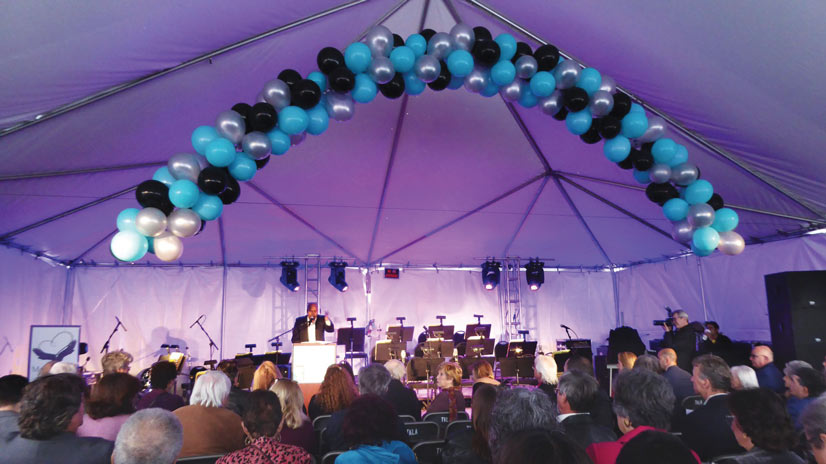 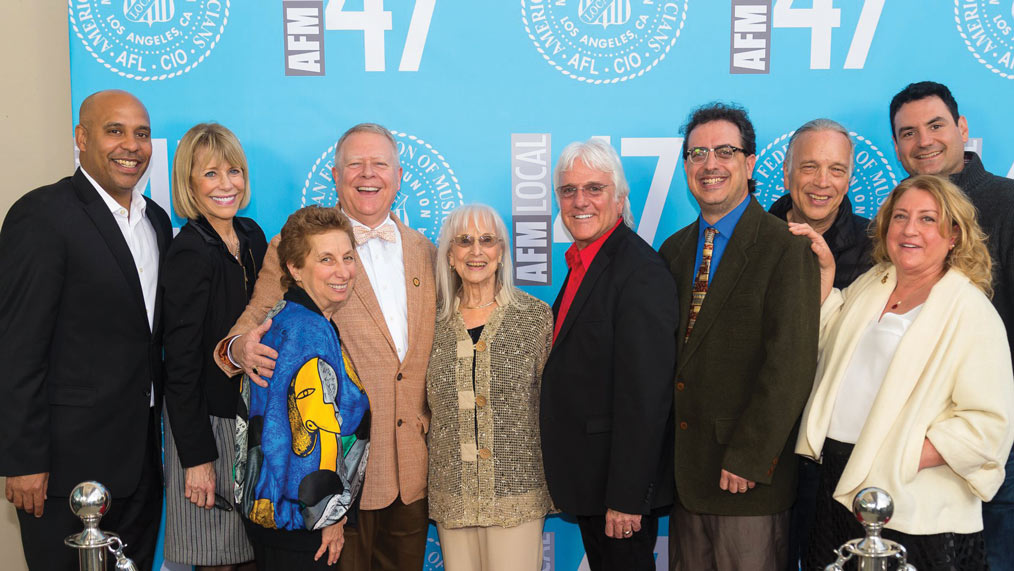 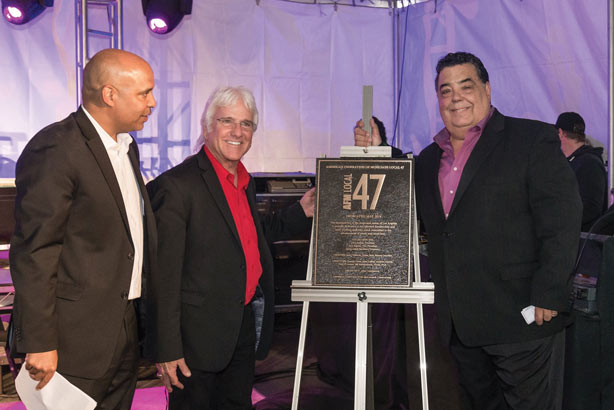 With construction on phase 1 of the new Local 47 (Los Angeles, CA) Burbank headquarters complete, around 300 musicians, dignitaries, and friends turned up on May 21 to celebrate. The evening began with a rousing drumline of students from the Burbank Unified High School Marching Band. Everyone gathered in a giant tent set up in the building’s parking lot. AFM Local 47 President John Acosta and Vice President Rick Baptist acted as masters of ceremony for the evening filled with good wishes and excellent music.

“As we begin a new chapter here in Burbank, we will continue to advocate for professional musicians,” says Acosta. “Whether it be for film and television tax incentives to bring jobs back to the state of California, to advocate for more funding for our orchestras through the National Endowment for the Arts, or for fair pay for musicians performing in nightclubs, Local 47 will continue to be the voice of the professional musician in our new home for many, many years to come.”

Guests were entertained by a quartet made up of Los Angeles Philharmonic musicians, as well as the Mike Barone Big Band, featuring special guest soloist Rickey Woodard on tenor sax, all of them Local 47 members. Each received a commemorative grand opening program book.

Guests were invited on guided tours of the 25,000-square-foot facility, which included the Local 47 financial offices, state-of-the-art rehearsal rooms, a recording studio, and an artists’ lounge. Phase 2 construction will include a multi-purpose space, which will serve as an auditorium and meeting hall.