After what seems like years, I am pleased to report that a service agreement has been reached between La Guilde des musiciens et musiciennes du Quebec and the AFM, allowing them to continue as an important, vibrant part of the Federation. Difficulties had progressively mounted, as our third largest local, Local 406, was straddled with the overwhelming obligations of representing all musicians in the province under Status of the Artist.

In addition, Local 406 could not just compel producers to sign onto existing AFM agreements, as other laws require a “made in Quebec” solution, which was made even more complex with language laws. These unique circumstances were ultimately addressed by the International Executive Board, resulting in an arrangement that allows more flexibility for the local, while maintaining their charter in the AFM.

Special thanks go out to both AFM International President Ray Hair and the Local 406 team, led by President Luc Fortin. To their credit, they showed tremendous patience and understanding, which allowed for the necessary dialogue and the resulting solution. 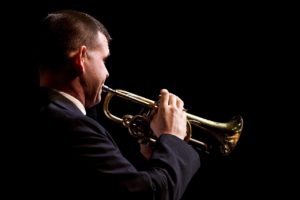 Several weeks ago, an incident occurred involving our New Use Department that led to a decision, which has echoed through most of the production houses in Toronto. At the core, was a request for paper backup to substantiate new use fees on a popular tune from the 1960s.

As always, the client was in a hurry for a final quote, and our office knew that it would take many days, perhaps weeks, to track down a contract from 50 years ago. Knowing the band was AFM, and knowing the label was signatory (Warner), our team went online to determine how many musicians were on the track. We quickly responded to the production company with the answer—four musicians (five units), and gave them the fee.

That should have been the end. However, the company refused to acknowledge that the track was AFM unless we produced the B4 report form. Knowing that would take time, we instead obtained the “label copy” from Warner and were, of course, able to identify each musician on the album. Still, that was not satisfactory.

I started to become fearful that there was a game at play. Did the producers realize that on a track that old, we could very likely be chasing paper for some time? By stating that without the B4 there was no proof it was an AFM product, they could potentially pocket the fees paying nothing to the musicians who did the recording. For me, such a notion is incredibly unacceptable. Also, we met the burden of proof in other ways, as did Warner. So, I then made the decision to cease providing a copy of the B4, to anyone, period. After all, it’s an internal document, resulting from an agreement between the labels and the AFM. A third party should not be entitled access to a document containing wages, pension, and Social Security or Social Insurance Numbers.

When informed of my new policy, the production company, of course, was extremely upset. In what appeared to be a search in support for their cause, the company then reached out to other music supervisors, the jingle agencies, and even the major labels. Copies of the Master Licence Agreements issued by the labels were obtained to determine exactly what language tied the licensee (producer) to paying new use fees to the AFM. When the dust settled, a meeting of all concerned was scheduled in downtown Toronto, ostensibly to challenge my decision, and possibly to the extent of challenging the labels’ licence language, and the validity of new use.

Contract Administrator for Canada Daniel Calabrese and New Use Administrator James Gadon attended, along with myself, as the presenter for the AFM. The turnout was surprising. There were more than 50 attending in person, with SAG-AFTRA representatives Skyped in from Los Angeles. The meeting lasted in excess of two hours.

SAG-AFTRA presented first, followed by the labels; it was then CFM’s turn. I prefaced the question period with a brief history of the SRLA, the rationale for new use payments, and the fact that similar requirements live in all our scale agreements. I also detailed the setup of our ramped-up new use department, new servers, contract scanning procedures, and link with Los Angeles as our view was to deliver a new use quote in minutes, not days or weeks.

We answered all questions quickly and succinctly, and in the end, not one music supervisor dared to suggest that the musicians did not deserve new use fees for having their music synchronized or repurposed. In fact, all comments directed at the CFM were positive. It seems our quotes and responses were understood and very well received. All were left with the knowledge that we’re approachable and easy to work with. Indeed, good news to our team.

I believe the meeting was a major step forward in having a working relationship with the city’s music supervisors, and a reminder to them that tracks must be cleared through our office. In addition, dialogue that occurred with the major labels prior to the meeting, as well as after, was a positive step toward developing a sustainable rhythm in the process of tracking, billing, collecting, and disbursing new use fees to our members.