Home » On the Cover » Joseph Conyers: Taking Community Involvement to the Next Stage


Joseph Conyers: Taking Community Involvement to the Next Stage 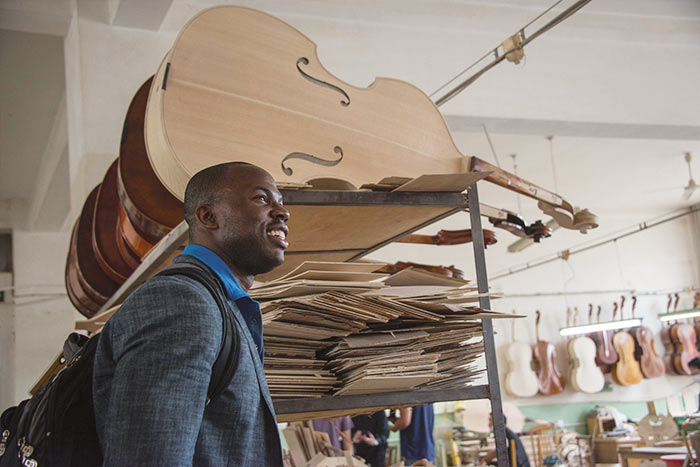 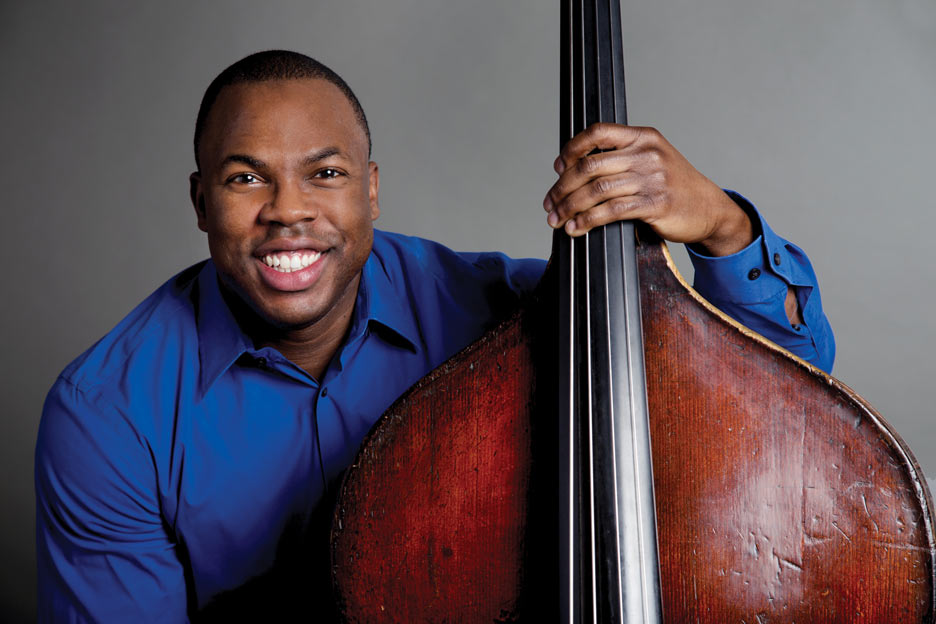 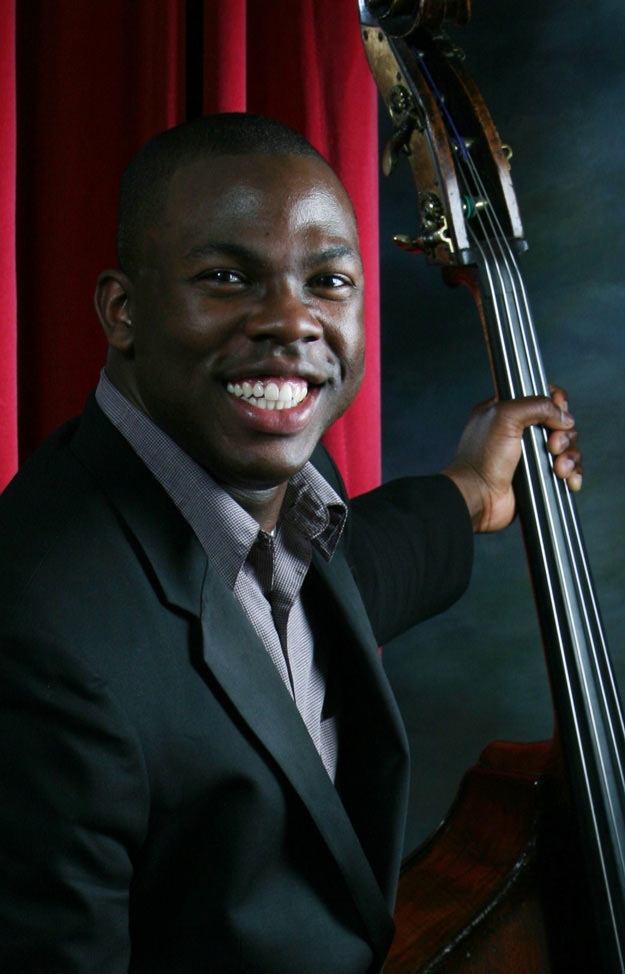 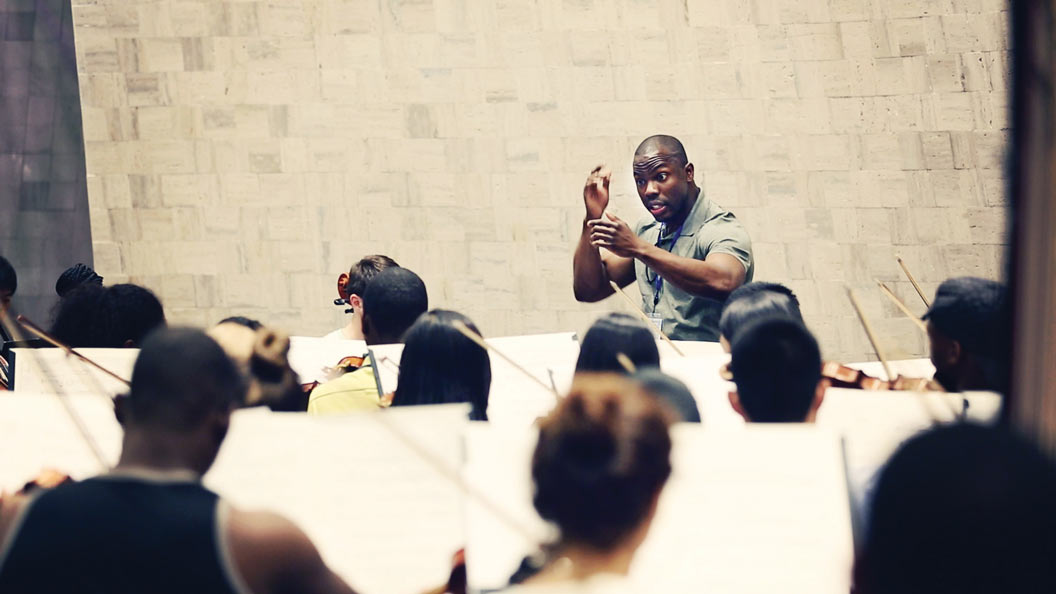 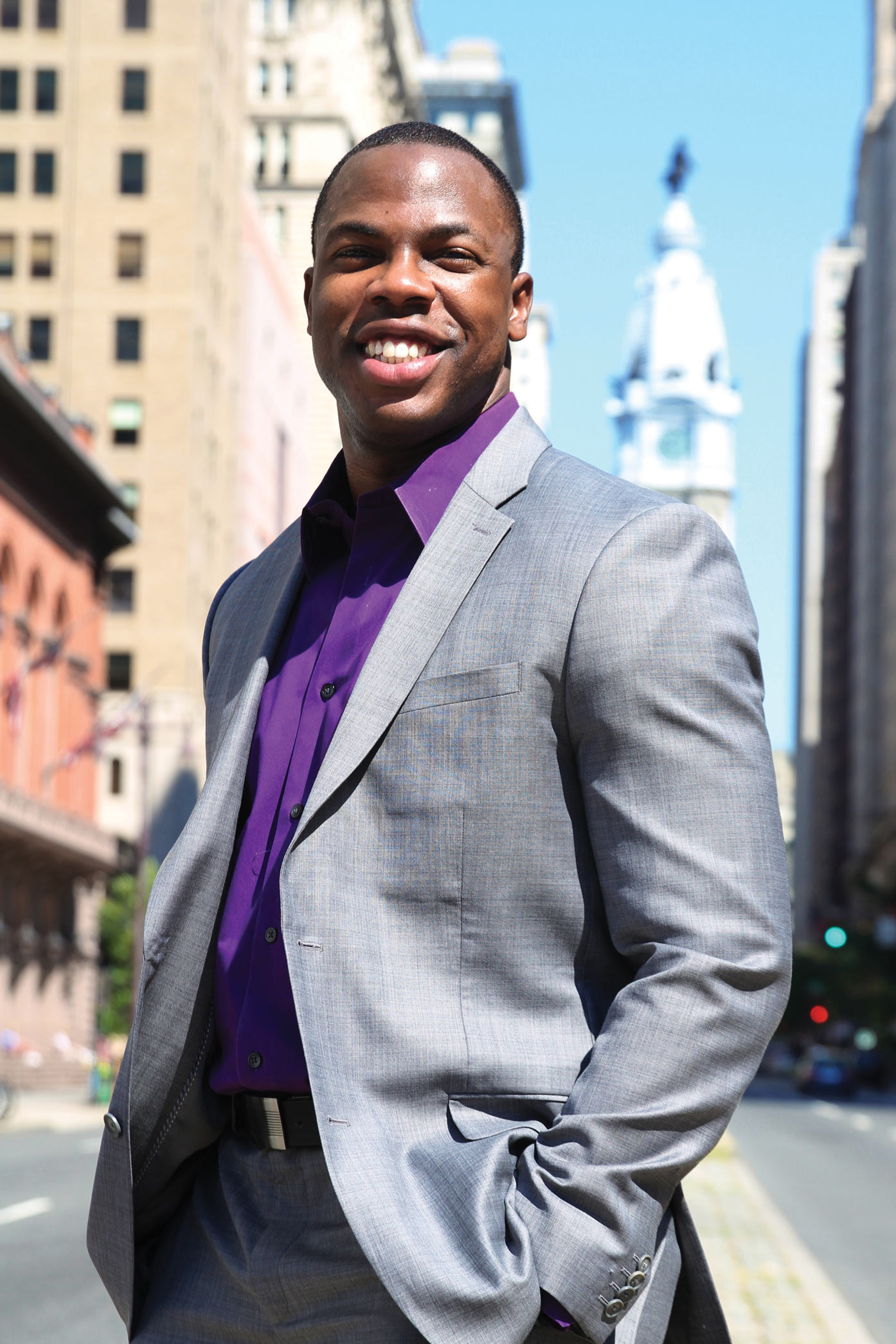 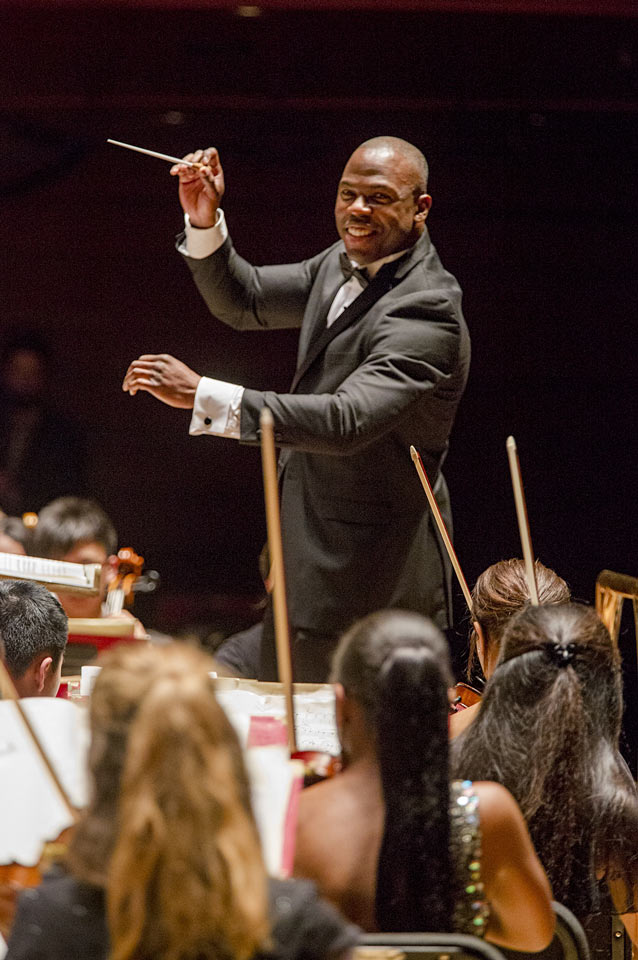 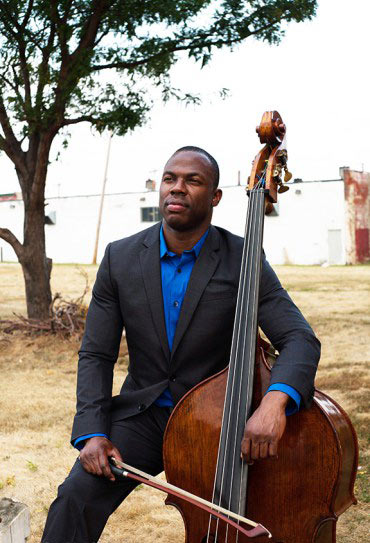 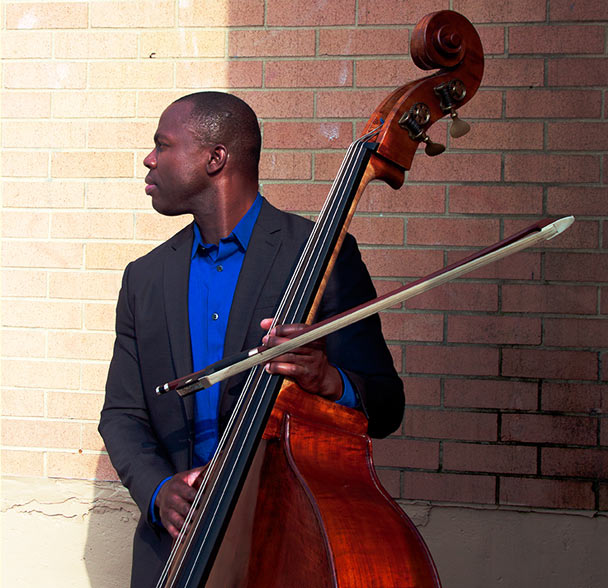 Joseph Conyers, assistant principal bassist for The Philadelphia Orchestra, is committed to community engagement and a belief that all young people should have music in their lives. Proof that actions speak louder than words, he is a cofounder and the director of the nonprofit organization Project 440, music director of the All City Orchestra of Philadelphia, an adjunct professor at Temple University, and on the national advisory board for the Atlanta Music Project. He also works closely with the Curtis Institute of Music and the Sphinx organization and is on the artist roster of the Chamber Music Society at Lincoln Center.

“The things that drive me most are: I love music so much and I know how music can change and help people in so many different ways, whether it’s psychological, emotional, or physical, it empowers,” says the Local 77 (Philadelphia, PA) member.

Conyers spoke by phone from Seoul, Korea, on a break during The Philadelphia Orchestra’s Asian tour. Like much of what he does, Conyers views these overseas tours, his sixth with Philadelphia, as a service. “We represent our country and Philadelphia,” he says. “The universality and connectivity of music comes to life. In a lot of ways, I feel fulfilled doing my civic duty as a musician.”

Conyer’s mother, a classical music enthusiast and amateur singer, noticed he had an instinct for rhythm. She signed him up for piano lessons at age five. Conyers chose the bass at age 11. He recently celebrated his 25th year on the instrument, which he selected for its size and boldness. “From my very first lesson I was trying to do things like vibrato because I wanted to show that the bass can sing,” he says.

Conyers has fond memories of growing up in a nurturing environment in Savannah, Georgia, that allowed him to grow as a musician. That’s why, after he heard about the Savannah Symphony going bankrupt, he knew he had to do something. Along with two other musicians who grew up together, Blake Espy of Locals 77 and 661-708 (Atlantic City, NJ) and Catherine Gerthiser, Conyers founded Project 440 (P440) to fill the void in music education and engagement left after the Savannah Symphony pulled out.

They soon discovered, despite their combined networks of contacts, it was challenging to find musicians with the right skills to work with the kids. Rather than be discouraged, Conyers saw an opportunity. They changed the program’s focus and moved it to Philadelphia when Conyers relocated to the city, which he saw as an ideal place to begin program expansion and development.

“Musicians weren’t engaged in their communities in a constant and substantive way. A lot of orchestras were going under and we felt that, if we train musicians at a young age to think of their communities as part of their musical experience, we could change that,” Conyers says.

Today, P440 is based on a three-prong approach that uses music as a tool to empower young people. The focus is: College and Career Preparedness—exploring career paths and skills that music can lead to; Entrepreneurship and Leadership Building—ideating and creating what their lives can look like in the future; and Community Engagement—serving the community through music. 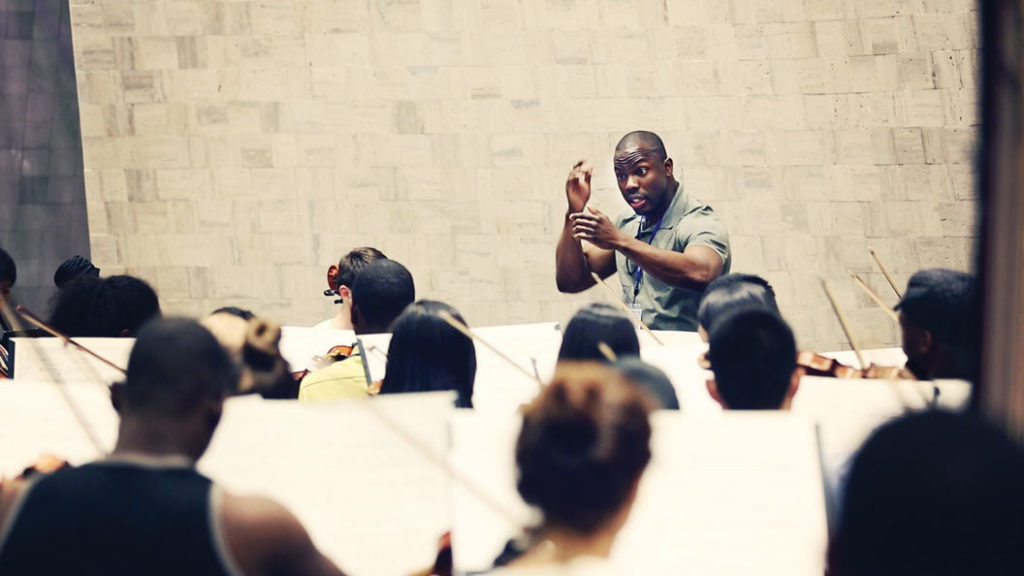 “Most of the people we work with will never become professional musicians, but they will become better people through music,” he says. Currently, P440 works with the All City Orchestra of Philadelphia, which showcases the best young Philadelphia school musicians. But big things are in store next year when all students involved in music at Philadelphia schools (about 20,000) will have access to P440 programs.

Not only is P440 showing results, but even more exciting is that it’s part of a city-wide initiative to provide young Philadelphians access to music education. The Philadelphia Music Alliance for Youth (PMAY) consortium, funded by a $2.5 million Andrew W. Mellon Foundation grant, brings together 10 organizations, including The Philadelphia Orchestra, to build a pathway for students in underrepresented communities (URCs).

“If we can change the narrative of why music is important for kids, especially in urban centers, it can give them opportunities and create thought processes that they might not have ever encountered before,” he says.

Eventually, says Conyers, programs like this will also help create more diverse professional orchestras by “casting the net wider” in terms of young exposure to classical music and training. “Music is a language and languages are best learned when you start quite young,” he says.

Despite his strong love for music, right up until he was accepted to Curtis Institute of Music, Conyers wasn’t sure music would be his career. “I always had two loves—music and meteorology,” he explains. “I had a plan B in my head, but getting into Curtis changed the direction of my life. I went all in with music and had a wonderful time at Curtis.”

Before graduation, Conyers had joined Local 77 (Philadelphia, PA) and began doing freelance work. It didn’t take him long to realize the benefits of AFM membership. “I did some gigs just starting out that were pretty horrible,” he says. “When you are in school, you don’t realize the power of this collective, the role it plays, and the history behind it. The union has allowed for the comfort and prosperity of many musicians. It’s neat to know I am part of something that enables me to work at a comfortable level and get an honest wage.”

Following college, Conyers became principal bass with the Grand Rapids Symphony. “That was a fantastic town and I learned so much there,” he says, recalling his experiences. When the symphony asked if he’d like to be a soloist at an upcoming concert he thought for a few seconds and then answered with his own question: “Can it be a commission?”

“The repertoire for the double bass is limited to about four standards that all bass players know. I thought this was a wonderful opportunity to add something,” explains Conyers. He asked his friend, John B Hedges, to write a piece. 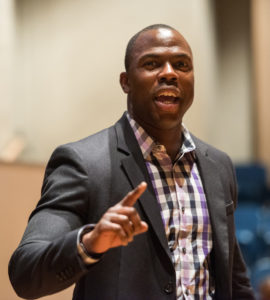 “Prayers of Rain and Wind is a complete reflection of my life—my favorite composer [Brahms], my mother’s favorite hymn, my love for weather, even the sound of my church and church choir are in the second movement. Every time I play it I feel like I’m bringing a little piece of Savannah and my upbringing to a different audience,” he says.

Conyer’s next position, with Atlanta Symphony Orchestra, was like moving back home. But he didn’t stay long. When a bass spot opened up with The Philadelphia Orchestra, the first bass opening in 16 years, Conyers knew he had to audition.

“From the first time I heard the [Philadelphia] orchestra play [as a freshman at Curtis in 1999] I was spellbound, just completely wrapped up in the sound and I felt it was something I wanted to be a part of,” he says, though he thought his chances were slim. “Lo and behold there was an opening; I went in and my life was changed forever.”

He says that working with The Philadelphia Orchestra and his mentor Hal Robinson of Local 77 is a dream come true. “It’s surreal; I’m pinching myself on a regular basis. There are no words to describe the joy I feel being able to make music with this ensemble on an almost daily basis,” he says.

Today, Conyers is proud of his chosen home city and his orchestra’s commitment to community. “The symphony orchestra can’t save the whole education system in the city, but it can be a leading voice in that conversation of how we can provide points of opportunity in communities and help bring others to join a coalition,” he says. “I see this as a huge opportunity for orchestras. Symphony orchestras can impact the greater community, and for me, that’s super exciting.”