Home » On the Cover » John Scofield Brings Country, Rock and More Into His World


John Scofield Brings Country, Rock and More Into His World 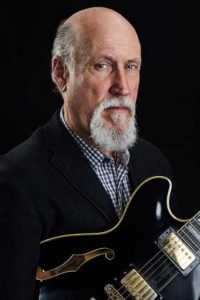 When the jazz virtuoso began learning to play the guitar as an 11-year-old, he didn’t think about what genre he wanted to learn. Like many suburban kids of the ’60s, he was first drawn to rock and blues. “B.B. King was the first blues guitarist I tried to emulate,” he says, “as well as the most popular guys at the time—Eric Clapton, Jimi Hendrix, and Jeff Beck.”

Then, at age 15, his Fairfield, Connecticut, guitar teacher introduced him to jazz. “I loved all the greats,” he recalls. “I wore out my Wes Montgomery and Pat Martino records; then I discovered Jim Hall. I was a real jazz fan—not just the guitar players—Charlie Parker, Thelonious Monk, John Coltrane, Miles Davis—I just ate it up.” 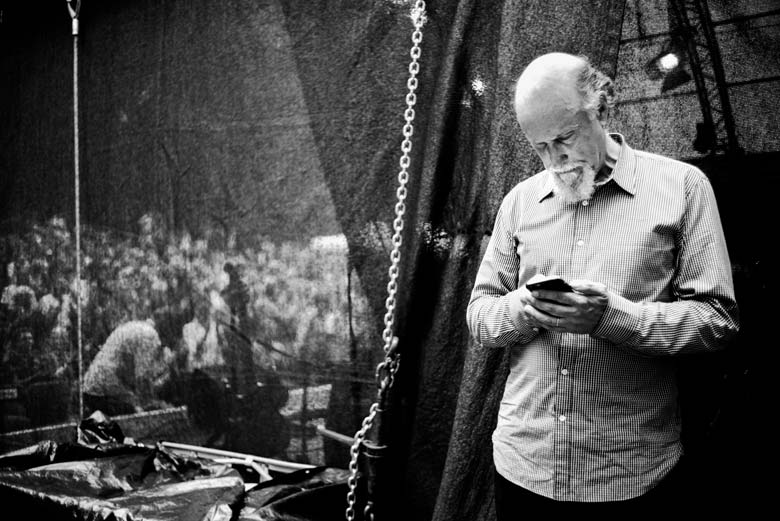 When Scofield entered Berklee College of Music and began playing jazz with others, his education and love for improvisation took off. Up to that point, he’d never met any of his influences. “Here I am at Berklee and they announce that vibraphonist Gary Burton is coming to teach. Gary’s band, at the time, was one of the absolute top jazz groups on the scene,” says Scofield.

Then, something unbelievable happened. Because Scofield’s roommate, drummer Ted Seibs, had a set of vibes in their apartment, Burton would come over after classes almost every day to jam with Scofield and his roommates while he waited for the afternoon traffic to subside.

On teacher Alan Dawson’s recommendation, Scofield landed a gig with Gerry Mulligan. “He wanted to augment his quartet with guitar and vibes. He hired me sight unseen for the week,” says Scofield, who ended up staying with the group for a while and making his first recording—Chet Baker and Gerry Mulligan Carnegie Hall Concert (1974).

“I borrowed a car and drove to Carnegie Hall with my guitar and amp. I was so nervous that my hands were shaking. To meet and get to play with Chet Baker, bass player Ron Carter [of Local 802], Bob James [of Local 802] on piano, and Harvey Mason [of Local 47] on drums. It was quite a thrill!” he recalls.

Later, Scofield was a member of the Billy Cobham-George Duke Band for two years. In 1977, he recorded with Charles Mingus and joined the Gary Burton quartet. From 1982 to 1985 he toured internationally and recorded with Miles Davis. Along with the enduring influence of Davis, these experiences helped to form Sco’s own style. 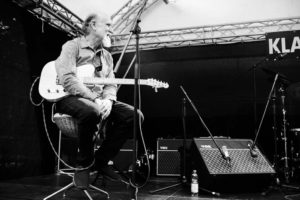 The passion for everything American that developed after World War II spawned a lasting audience for jazz. “There is this great educated public,” he says. Also, strong government funding for arts programs in Europe allows even smaller cities to bring in international artists.

Although Scofield is known for his collaborations with top jazz players, he also enjoys playing with up and coming artists. “The truth is, I learn from other musicians all the time, and at this point, some of them are 30 years younger than me,” says Scofield, who has been an adjunct jazz guitar faculty member at New York University (NYU) for the past 10 years, working mostly with graduate and doctoral students. “These students can really play and I have a great time,” he says, describing his teaching style. “It’s really loose; I just play with the students and talk about what I do.”

Looking back at his early career, he says the way the industry functions is very different today. “I remember when publishing royalties were much higher—when record companies actually had some money,” he says. “It’s harder to start a career these days. When I was a kid, every Holiday Inn had a cover band.”

“You can go to YouTube, and for free, watch and listen to the entire history of music at the press of a button,” he says. “That’s changed everything as far as making a living, and not necessarily for the better.”

Scofield recalls the days when the union guy would show up at gigs to check your card. “I wish everybody was contracted all the time and protected by the union and I wish all the gigs went through the pension fund, but it’s just not like that,” he says.

“I’m pro worker all the way,” he adds. “I have only high regard for the process of organizing workers in America in order to get the benefits we deserve. And we need to fight for that.”

While he advises young musicians to get out in the field and play as much as possible, he admits there’s sometimes a thin line between getting experience and getting exploited. “Jazz has never paid much money. Unfortunately, I see gig opportunities in New York City for young guys just starting out may pay around $50. But those same gigs paid $50 in 1975, when I first came to New York City,” he says. 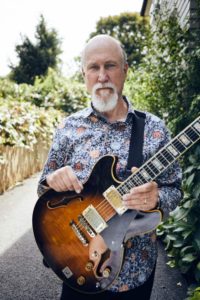 Of late, Scofield’s work continues to demonstrate the idea that he can swing anything. His most recent release, Hudson (2017), is an all-star group of Hudson Valley jazz musicians’ take on classic rock tunes. Scofield, bassist Larry Grenadier, drummer Jack DeJohnette, and keyboardist John Medeski of Local 802 were brought together for the first time by the organizers of the Woodstock Jazz Festival. “We all just showed up and jammed. It really worked out well, so we decided to make a record and tour,” says Scofield.

“It’s a very exciting group for me to play with, very improvisation based, so for some of the stuff we play, there’s no forethought,” he adds. “We recorded songs associated with the Woodstock Festival—Dylan, Joni Mitchell, Hendrix.”

As he wraps up his 2017 tours, Scofield has already begun work on the next album. Scofield will follow the two albums of cover tunes with a yet to be named album of originals. It will be recorded by the John Scofield Quartet.