Home » Recent News » The Importance of Tracking Commercial New Use


The Importance of Tracking Commercial New Use 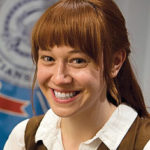 This article explains this often overlooked source of revenue, the processes by which we determine if AFM fees are owed, and the trends in track selection. Remember, you are your own best advocate. We hope that, in understanding what we look for in order to create an accurate invoice and the seasonal patterns of usage, you will be on the lookout for uses of your work that you have not been paid for.

The vast majority of commercial new use that comes through our office arrives via ad agencies that are looking at songs for a potential campaign. Each song on their list must be thoroughly researched. In order for the most accurate invoice to be created, we need to locate the original session information. Without a B Form, it is difficult to determine doubling, overdubs, and any music prep services that were done in connection with the track.

These original report forms may be on file at the local where the recording took place or in the local that the leader considered his/her home local. The sessions may have taken place in several jurisdictions and the session reports may be filed at multiple locals. Sometimes the track is so new that the forms have not even been filed yet. Because of this, the research we do is both important and complex. It can often take weeks to assemble a complete picture and generate an accurate estimate of costs, but without taking the extra steps, we wouldn’t be able to secure the payments the musicians are owed.

Once we have the B Forms, fees are calculated based on the territories in which the ad will air, the length of time the ad will be aired, and the media on which the ad will air. A more detailed breakdown of these costs can be found on our website, but the general formula is the session and initial use fee (i.e., whichever media has the earliest first air date), followed by any subsequent uses (e.g., conversions, dubs, Internet, foreign).

Generally speaking, each of these uses has its own B-6 report form to ensure we are accurately tracking the usage and checks issued by the payroll company. This will also allow us to easily “re-up” a commercial, if the company feels it is still effective and would like to continue usage outside of the initial cycle. This would result in additional payments for the musicians.

The trends are largely common sense. The holiday seasons generate a large number of short-term ad campaigns, and there is another uptick in volume just before the Super Bowl. Because we are now living in a world where we are bombarded by advertising, the stream of requests never quite slows to a stop. During weeks where we receive minimal research requests, we are likely chasing down leads from prior weeks. The most surprising trend for us has been the use of motion picture scores in commercials, particularly scores from the mid-1990s and earlier.

So what does this mean for you? This means that you should always keep your ears tuned in for your work that may be used in commercials. We are surrounded by advertising and the sheer volume of it means there is a lot of previously recorded material being used on a daily basis. Just because you are a session musician who largely works on motion picture or sound recording sessions does not mean you should let your guard down.

If you receive checks for a commercial new use, please seek out that commercial and become familiar with it. If you see the commercial airing for longer than was indicated on your check, feel free to call us as you may be owed money for additional uses.

Above all else, be sure to file your B Forms in a timely manner and in the city where the work was done. Every type of new use benefits directly from simply having the forms in good order. You are the direct beneficiary of ensuring everything is in order.