How to Structure an Overscale Deal that Works for You 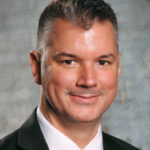 by Michael Manley, Director AFM Touring/Theatre/Booking and Immigration Division and Assistant to the President

Whether you are a concertmaster of a symphony orchestra, a touring musical theatre conductor, or a first-call studio trumpet player, you may enjoy the opportunity to negotiate wages or other “perks” that are above and beyond union scale minimum terms and conditions. Here’s a quick guide to ensuring your overscale deal works for you, not against you.

The most straightforward overscale deal comes with no strings, and is simply a fixed additional amount paid on top of the minimum wages. It is inclusive of no other potential fees. In this model, an in-demand drummer paid $100 more than the minimum performance scale, or a star cellist commanding double scale on a recording date, are each paid above scale solely for their exceptional artistry. If there are other incidental payments, for example, if a performance goes overtime, these are paid in addition to the negotiated overscale amount. This “fixed” model is clean and straightforward, and therefore the most ideal.

However, some overscale deals are variable. In these overscale deals, the overscale is structured to build in certain incidental fees or work that may occur. For example, it is common for a touring theatre conductor’s overscale to include some rehearsal hours. Additional unplanned-for expenses may also be built into the overscale, such as possible travel penalties, or the overtime referenced above. In this case, employees are being paid their contractual minimums for all services, including these incidental penalties and fees, but the overscale amount is effectively being reduced to cover the cost of these events. For example, if a lead trumpet player is making $200 per week in overscale, and there are overtime penalties that total $45 in that same week, then our lead trumpet player’s overscale would be $155 for this week, in this variable overscale model. These variable overscale deals are not prohibited, so long as the employee is never being paid less than the minimum terms and conditions guaranteed by the contract.

Neither the musician nor the employer may agree to an overscale framework that violates a collective bargaining agreement, or local union scales and conditions. For example, an employer may not pay an overscale amount in lieu of a contract’s health and welfare or pension payment. Also, an employer may not include potential revenue from other work or contract sources. For example, performance overscale may not cover payments that are due for separate media work, such as recordings, commercials, or digitally streamed or downloaded content. These examples all fall under the jurisdiction of AFM media contracts, and are therefore treated as separate employment events.

The AFM’s Short Engagement Touring Musicals Agreement contains a revenue-sharing component, called “overage,” which is tied to some theatrical overscale deals. The same rules apply—overscale amounts cannot replace a weekly overage due, but overage can—with care and scrutiny—be part of a variable overscale deal. It is best to contact the AFM Touring, Theatre, Booking and Immigration Division directly if overage is being considered in an overscale deal.

The best course is to be as specific as possible when including anything in the overscale deal. “Up to and including  ___ rehearsal hours” is preferable to “any and all rehearsals” or “rehearsals, as needed,” phrases which are open-ended and unquantifiable.

When in doubt, call the union—we are here to help! Also, remember to send a copy of your personal services contract to the appropriate national or local union representative.