Hanging Out with Larry Gatlin and the Gatlin Brothers 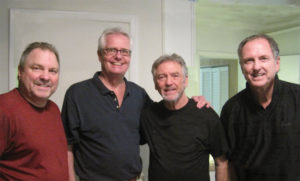