Home » Music Business » Get It in Writing


Get It in Writing

I had a chance to talk with one of my AFM buddies a few weeks ago who I hadn’t seen for awhile. He said he’s had a pretty busy calendar, but was ticked off when, a few days ago, a private party he had booked cancelled on him a week before the gig. The person called him on the phone and just said they no longer wanted his band. He asked why, and the answer was: “We found another group who will do it for less, and are going to use them.” I asked him if he had a contract or anything in writing. He said no. It was a local gig. He knew the people and didn’t think it was necessary.

How many times have you played a gig that was pretty much on the “honor system”? You had a verbal agreement as to date and time. It could be a private party, a wedding, or a spur-of-the-moment club date. Then, when it’s time to get paid, you have to renegotiate your rate, or you get into a hassle about getting paid at all. Or maybe they cancel at the last minute and you can’t fill the date.

You’re an AFM member. You don’t play for free. You don’t “pay to play.” You’re a professional. Use an AFM contract. Get it in writing. Then, if there’s a problem getting paid, you have some recourse. You have a tool to support your position. Many times it makes the difference when you have the unfortunate situation of having to take legal action.

I received an e-mail from Roger Latzgo of Local 45 (Lehigh Valley, PA) just recently. He wrote: 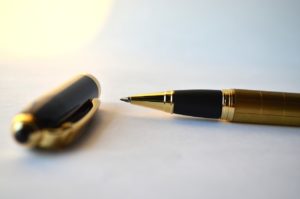 I was playing a wedding at a Pocono resort several years ago. It was winter, and the ceremony was to be in the indoor swimming pool area. The place was lavishly decorated with lights, flowers, and a gazebo under which the couple would stand.

As I was setting up, the florist/decorator comes in and starts dismantling everything, saying, “I hope you get paid. I didn’t!” Not a good omen, but everything was straight as far as my dealings with the client were concerned: AFM contract, deposit, etc., were all in order.

The exiting florist crossed paths with the food and bar staff as the latter set up their stations. The ceremony started on time; I played and it was great. Afterward, the couple thanked me profusely for my professionalism, never mentioning the florist. And, yes, I did get paid and (believe it or not) even received a nice tip. So what I learned was: focus on your job, use an AFM contract, and ignore the external noise. I’ve done it ever since.

I think having a written contract for all gigs can really help you stay out of court altogether. Putting the terms of the agreement down in writing will help prevent both parties from forgetting exactly what was agreed to. What were the exact date and times you were supposed to play? Was there an agreement on number of musicians? Do you furnish your own PA, or is the client supposed to supply it? Is a tuned piano part of the agreement, or do you bring your own keyboard? Do you get a deposit with the rest paid upon completion of the gig? The list goes on and on. I’m not an attorney. It’s not legal advice. This is simply what I’ve learned over the years.

I think the best way to deal with a botched verbal contract is to avoid the whole mess in the first place. Get it in writing. I personally learned this the hard way. People remember things differently or don’t remember crucial details you may have talked about verbally. So ask your clients to sign an AFM contract. This is business, after all, and anyone who balks at written contracts could possibly pull a disappearing act once the gig is over.

That’s just my thought. You don’t have to make it into a major legal issue. You don’t need attorneys. You can explain it’s for their protection, as well as yours. In fact, just tell them to “OK it.” You’ll take it from there. Sometimes verbal contracts aren’t worth the paper they’re written on.

by Wages Argott, AFM Director of Freelance Services and Membership Development As we reach the close of 2022, my first full calendar year at the helm of our Freelance Services Department, I can’t help but find encouragement and sense a large measure of hope for our freelance musician community. Rather than waiting for the industry […]

AFM’s GoPro Hosting Provides an Affordable Home for Your Website