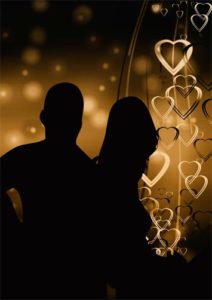 Every orchestra is special, but the Springfield Symphony Orchestra has something a little extra special. Four married spouses all play together in the orchestra. Doug and Lori Wright of Local 160 (Springfield, OH), Fred and Genie Thiergartner of Local 160, Jennifer and Arturo also of Local 160, and Joe and Angela Heck Mueller of Local 103 (Columbus, OH)

“I think it makes this orchestra more special than most with this,” said Robyn Zimmann, former Executive Director of the Springfield Symphony Orchestra. “It adds to the synergy we all experience with one another onstage. I was proud to be a colleague of all these folks.”

A majority of the couples met through music. Jennifer said she loved Arturo’s music, and says the cello is what brought them together. The Thiergartners both played in a park band and things only took off from there. Angela asked Joe for help on a piece when they both attended the University of Oklahoma, and a small crush blossomed into something more. The Wrights met at a job interview, but they say it wasn’t until a teacher conference down the road that they grew into something more.

There are some negatives, like how Fred practices at three in the morning, right below their bedroom. Overall, they all make the most of it, claiming it brings them closer together. The drives to the symphony, and all the practice time together only strengthen their relationships.

“It’s wonderful to experience with your spouse.” Said Lori. “It adds a dimension to our relationship.”