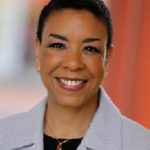 The Film Musicians Secondary Markets Fund (FMSMF) works to serve the film, television, and music communities. To this end, the FMSMF is pleased to provide ongoing updates for the benefit of AFM members.

On September 30, the FMSMF completed the first six months of its 2016 fiscal year. It’s a great opportunity to look at the final results from fiscal year 2015 (ended 3/31/2015) and to look ahead now that we’ve reached the halfway mark of the fiscal year 2016.

“New” Films: For FY2015 the FMSMF received residuals for 274 “new” titles! Most of these newly reported titles were films and TV shows first released in 2012, 2013, or 2014, although some were older films and series that generated secondary market receipts and residuals for the first time.

The “new” titles for FY2015 included feature films such as Earth to Echo, The Fault in Our Stars, The Maze Runner, Dawn of the Planet of the Apes, Million Dollar Arm, Jersey Boys, and X-Men: Days of Future Past. Among the TV titles reporting for the first time during FY2015 were Arrow (2013-14), The Normal Heart, and Red Band Society, to name a few. FMSMF will post the FY2016 new titles on our website at www.fmsmf.org/filmtitles/new-films.php as we get closer to the end of this calendar year.

More musicians are now enrolled in direct deposit and “go paperless.” Almost 4,000 musicians participate in the services, and more enroll each month. Going paperless saves money and is good for the environment. So, if you haven’t signed up yet to go paperless, sign up at http://www.fmsmf.org/gopaperless and join your fellow musicians who are helping us go green!

Website Upgrade: The upgraded FMSMF website went live July 1, with a new look, better organization of pages, and some new features to make access to services easier. We will continue to upgrade the website in the months and years to come. If you’ve not visited the website since July 1, check out the new look at www.fmsmf.org.

Tax Time: The tax season is just around the corner! Remember that FMSMF will send out W-2s and related tax forms in January. Please make sure we have your correct address! To report an address change, please visit the website https://www.fmsmf.org/musicianresources/address-change-form.php. Also a reminder for next year: if you intend to change your withholdings for the next distribution in July 2016, you must provide an updated W-4 to the FMSMF on or before June 1, 2016. NO changes will be accepted after June 1, 2016 for the July 1, 2016 distribution. For more information, please see www.fmsmf.org/musicianresources/fund-dates.php.

Do We Have Money for You? Don’t forget to check our website: www.fmsmf.org/musicianresources/unclaimed-checks.php to see if we have unclaimed residuals for you or a musician you may know. Please spread the word to fellow musicians to check this website.
As Thanksgiving and the holidays approach, best wishes from all of us at the FMSMF.

by Christopher Anderson-Bazzoli, President of RMA Los Angeles and Sidney Hopson, RMALA Executive Board Member In the three years since we ratified our last film and TV contracts, studio streaming platforms have continued to ramp up, while musicians’ livelihoods have ramped down. In 2019, “new media” made up 14% of the film and tv contracts […]

2022 Another Banner Year for Film and TV Musicians

The Film Musicians Secondary Markets Fund (FMSMF) once again hit a record high in residuals collected for musicians in fiscal year 2022 (ending 3/31/2022). These secondary market residuals were established in the AFM’s Basic Theatrical and Basic Television agreements. The residuals have been collected by the FMSMF since the 1970s. They have grown over the […]