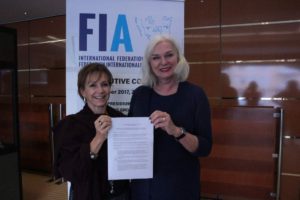 In October the International Federation of Actors (FIA) Executive Committee approved a declaration on sexual harassment, discrimination, and retaliation in the entertainment and media industries. The declaration, authored and sponsored by the SAG-AFTRA recognizes the rights of all performers to a safe and harassment-free working environment and urges the industry to work in good faith with unions and performer organizations to develop a long-term strategy to achieve discrimination and harassment-free workplaces.

The declaration was issued during the FIA Executive Committee Meeting in Zagreb, Croatia, on behalf of the FIA’s 87 affiliated unions and performer organizations, representing hundreds of thousands of performing artists in more than 60 countries.