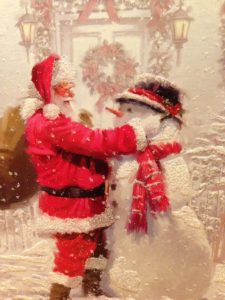 In 2016, EMI will lose the rights to the most performed Christmas song of all time, “Santa Claus Is Coming to Town.” Covered by musicians ranging from Bruce Springsteen of Locals 399 (Asbury Park, NJ) and 47 (Los Angeles, CA) to Lynyrd Skynyrd to Justin Beiber of Local 418 (Stratford, ON), the rights to the song will revert to the heirs of J. Fred Coots, who co-wrote the tune with Haven Gillespie in 1934. The song would have gone to public domain if not for copyright law amendments and term extensions that will protect the song until 2029.

Since the penning of the tune, the Coots family and EMI have made various agreements. Coots granted renewal rights in 1951 and made a $100,000 rights deal in 1981 that allowed the publisher to continue to exploit the song. The latter deal came after Coots attempted a termination, which was never officially recorded. EMI argued the 1951 deal was still active and the family couldn’t terminate the renewal period of a pre-78 grant.

The 2nd Circuit Court of Appeals, however, ruled that the parties made it clear that the 1981 agreement was meant to replace the 1951 agreement, and failure to record a termination notice in 1981 was “irrelevant.”