Home » Recent News » Return to the ECMAs in Full Force


Return to the ECMAs in Full Force 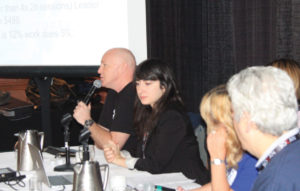