Today, double bass drum playing or double pedal playing has made its way into every style of music, says drummer, teacher, and Local 406 (Montreal, PQ) member Christian Morissette. His book, Double brings together all the basic techniques professional drummers need to master the double pedal. Designed for all players, beginning to advanced, the book covers subdivisions, rudiments, continuous and noncontinuous foot patterns, transitions, drum fills, odd time signatures, and more. Text is provided in French and English throughout the book. 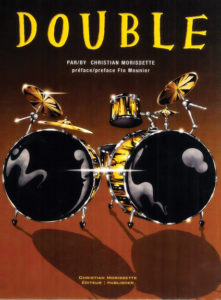