Diversity and Inclusion: More than Buzzwords for Symphony Orchestras’ Future 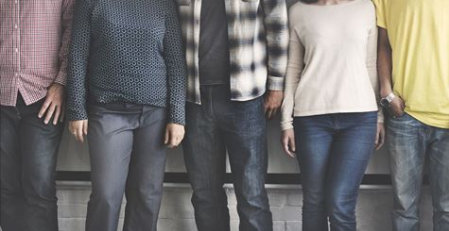 My first year as Director of the Symphonic Services Division (SSD) has been jam-packed with satisfying work—the kind of work that engages the mind and nourishes the soul every single day. Together with the rest of the fabulous staff of SSD, I spend every day providing support to thousands of musicians who make their living performing in US and Canadian symphony orchestras and to the local unions of which those musicians are an integral part.

I’ve especially treasured the opportunities I’ve had over the past year to get out of the office and visit with musicians and others who care about them and the future of symphony orchestras. I’ve spent time in 21 cities and attended 11 different conferences, speaking or presenting in connection with all but one of those. With the AFM conference season at a pause until the start of 2018, this is a moment to reflect on those conferences and some of the trends in symphonic work and labor relations they brought to the fore.

It does not require extraordinary powers of analysis to conclude that this year’s leading symphonic thought trend has been diversity and inclusion. It was, in some form or another, a focal point of all three symphonic player conferences Regional Orchestra Players Association (ROPA), Organization of Canadian Symphony Musicians (OCSM), and International Conference of Symphony and Opera Musicians (ICSOM) and the annual League of American Orchestras (LAO) conference. Some may be tempted to write off this push as merely a sop to political correctness or a cynical attempt on the part of orchestra managers to access previously untapped funding. I think that would be a mistake.

Symphony orchestras have long struggled with “relevance”: finding ways to establish their value when they are often perceived as museums presenting musical relics to an aging and ever-diminishing elite. The industry has cycled through a number of ventures aimed at counteracting this misperception. Among other things, orchestras have changed repertoire to include more of whatever is deemed popular at the moment; taken performances to venues beyond the traditional concert hall (think simulcasts and community engagement services); and incorporated visual effects (think Jumbotron images and films projected with live accompaniment).

While these efforts have perhaps moved the needle on public perception, genuine relevance isn’t about pandering to the lowest common denominator or luring unsuspecting patrons into the concert hall through the latest marketing scheme.

For orchestras to have genuine relevance to their communities, each must bring authenticity to the task, finding ways to connect with both traditional audiences and individuals who have yet to experience the wonder of the symphony orchestra. Each of our orchestras is situated within a geographic community that has its own unique history, demographics, and needs for enrichment of the soul. A one-size-fits-all plan to connect with community will only go so far, given the unique attributes of the communities we serve. Achieving genuine relevance to a given community is much harder and more complicated work.

But this is where I take a measure of hope from the ongoing focus on diversity and inclusion. I believe the most important building blocks for orchestras to attain genuine relevance are deep knowledge of community, deep knowledge of the art form, and overflowing passion for the art that compels us to share it with anyone who will pause to listen. I also believe that the voices of orchestra musicians must be part of the conversation about establishing genuine relevance.

Orchestra musicians (and often managers and board members) certainly know our art form and (cynicism aside) we share a passion for that art. In many respects, we know our communities well. But I believe we can and must do better on that score. Part of doing so, in my mind, involves finding ways for our symphonic institutions, both onstage and off, to more closely reflect the communities they serve. If we succeed in that venture, I believe we will also place our institutions in a far better position to actually connect with their communities in ways that will nurture and sustain both community and orchestra.

In remarks I made at the opening of the LAO’s diversity forum in June, I observed that unionized workplaces are one of the few segments of our society where workers of every description are guaranteed equal pay for equal work. I also noted that closing the gender gap in symphony orchestras is directly traceable to the institution of screened auditions, which were a product of collective bargaining. But we still have much work to do.

The number of women concertmasters, like this month’s cover artist, Nurit Bar-Josef, still trails the ratio of women to men in orchestras.  And the racial makeup of our orchestras looks little like our increasingly diverse society. The union movement has always been a social justice movement. We, as union musicians, can join together in support of diversity and inclusion in our symphonic workplaces. I believe that doing so is not only the right thing to do—it is integral to the vitality of our art and our symphonic institutions.

Resilience, Renewal, and Our Future in Labor

But what has unfolded over these past two years has been far more complicated than any of us imagined and the notion of a post-COVID world has given way to one in which we learn to live, uneasily, alongside a devastating disease that has shown its ability to upend our plans again and again.

As we are rising from the ashes of the COVID pandemic, we are facing another predicament. This catastrophic and unnecessary war is escalating already rising inflation rates. With more than half of our orchestras negotiating within the next six months, we will be hard pressed to keep pace with rising expenses, to say nothing of making up lost income from the previous two years.