Creating Visibility Within the Labor Community 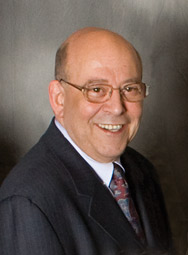 Several years ago I wrote an article about the importance of our connection and involvement with other labor organizations in our communities. I feel it bears repeating.

Normally, when we think about the union, we think of our locals and the Federation. That’s where we look first to get work. But there are hundreds of unions out there apart from the musicians union—American unions covering the building trades (electricians, carpenters, roofers, etc.), the American Federation of Teachers, the Teamsters Union, unions of nurses, city workers, hotel workers, sheet metal workers, stagehands, and so on. These organizations represent thousands of union workers and are a valuable resource of potential employment for musicians.

I have (and you may have as well) attended various events held by other unions. On occasion, I have discovered that, these same unions that preach union solidarity and the use of union labor, hire nonunion musicians to provide entertainment for their functions. That is unacceptable. The concept of union solidarity must extend to and include musicians, especially on the local level, where the work is available. It’s up to us to remind them.

To take advantage of these employment opportunities within the labor community, musicians have to be visible to other unions. Not all unions belong to the AFL-CIO, but most do, so I’ll lump everyone under that umbrella. AFM locals should be in touch with their area AFL-CIO to let other unions know that union musicians are available to them.

Get a mailing list with all the contact information for each union and send them information about your local and its members; send them referral lists and CDs of bands in the local. Ask for a calendar of annual events. All unions have some sort of function during the year—banquets, holiday parties, conferences, even conventions. For years, my local has provided a band representing Local 77 (Philadelphia, PA) in the annual Labor Day Parade. Many unions have their own catering hall. They wouldn’t think of having an affair without union bartenders or waiters. Why shouldn’t they feel the same about using union musicians?

However, it’s not only the local’s responsibility to go after work for its members. No one is going to knock on your door and ask if you want to work. Anyone who is working with any type of group—rock band, top 40s band, big band, trio, string quartet, or whatever—has a vested interest in promoting his/her own product. Everyone has a spouse or family member, friend, or neighbor who belongs to some union, somewhere. Talk to them; find out about their union and who the contact person is. Send out your promo packages. Call the union directly to let them know that you’re out there and available to meet their needs.

Nothing brings attention to the American Federation of Musicians more than supporting our brother and sister unions when they are involved in a labor dispute with an employer. Volunteering to play on a picket line or at a rally yields publicity within the labor community that goes much further than you might think toward instilling the idea of using live music. Building coalitions and partnerships within the labor community is how we stay visible and viable.

When you contact other unions, let them know that you use their members when you need work done. If you’re not using union labor, you should be. After all, how can we expect them to use our members, if we don’t use theirs? We can’t allow other members of the labor movement to ignore our union.