Countering the Shrinking Pit with Education 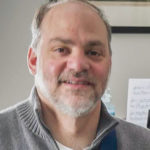 Summer is AFM conference season, and the Theatre Musicians Association kicked that season off with our 22nd annual set of meetings held in Phoenix, Arizona, July 31 and August 1. It proved to be a pair of jam-packed days featuring presentations, reports, and discussions on many subjects of interest to theatre musicians. Attendees were treated to a pension presentation, facilitated by AFM President Ray Hair and a panel of AFM-EPF trustees, lawyers, and actuaries. A representative from the Actors Fund spoke about health care, and what we might expect from proposed changes to the Affordable Care Act. Chicago TMA Chapter Director Heather Boehm offered some useful member recruitment ideas that have proved successful in her city.

I’d like to extend a huge “thank you” to Local 586 (Phoenix, AZ) President Jerry Donato, Secretary-Treasurer Doug Robinson, as well as TMA Phoenix Chapter Director Jeff Martin for their help organizing the conference and welcoming us to their city.

I am happy to report that Heather Boehm was elected by acclimation to serve as TMA’s national vice president. I look forward to working with Boehm as we continue to build upon the past successes of our organization. My thanks to outgoing Vice President Paul Castillo for all the dedicated work and invaluable assistance he gave me during my first year as president. Castillo will continue to work for TMA as the Southern California chapter director.

During my opening remarks to the conference, I spoke a bit about what I see as perhaps the major issue for theatre players across the US and Canada—the continual downsizing of pit orchestras as technology advances. One player now does the job of what once took an entire section of musicians to perform. Imagine my surprise when, during a trip to a Boston theatre a few years back to see a performance of The Book of Mormon—the epitome of a blockbuster show—I looked into the pit to discover that the percussion-heavy score required not one single piece of percussion, never mind a percussionist to play those sounds.

Of course, this is not a new issue for us. Technology has inevitably improved over the decades, and the practice of acoustic instruments being convincingly mimicked by other means has been going on for decades. While, to me, the computerized or sampled sound of an oboe played on a keyboard cannot compare to the artistry a real oboist brings to the part, in the grand scheme of the modern musical, the nuance is lost in the greater spectacle. In other words, by and large the public doesn’t notice. This is where we can make progress in our fight to keep our pits filled with professional musicians.

The key (as with most things) is education. We must continue to educate the public. They need to know that often they are not getting their money’s worth. A show that used 15 musicians on Broadway will use six on the road, but continue to charge theatregoers the same Broadway ticket prices. Only with an informed public can we ensure the continued integrity of our art form. Only the audiences can demand quality.

The public does notice. During a recent Boston run of a touring show I played, the pit consisted of one trumpet, one trombone, one violin, a bunch of keyboards, and a rock rhythm section. More than one acquaintance of mine commented to me that things sounded quite thin, with one friend even saying the violinist should have just stayed home, since she was contributing so little to the overall sound of the show. An audience would not stand for paying full ticket price for a performance of Beethoven’s 9th Symphony by the Boston Symphony Orchestra with a choir of 10 people along with some sound “enhancement,” or even worse, with the low brass parts played on a keyboard. Of course, that’s ridiculous.

I believe one of TMA’s main missions is to shed light on this subject and let the public reach the natural conclusion: a show utilizing more highly skilled musicians results in a better theatre experience.

Of course, the question is how to go about getting this message out. Some ideas that have been recently tossed around include educational leafleting in front of theatres before performances, letters to the editors responding to reviews (criticizing a show for a small pit or praising it for healthy numbers), as well as social media campaigns. I’d welcome your comments and suggestions. I can be reached at: president.tma@afm-tma.org