CDs Have Taken On a Life of Their Own 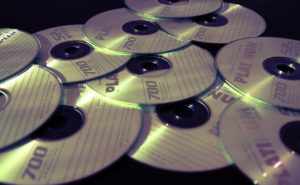 Information is power. I am the Electronic Media Services Division (EMSD) person who monitors the development of the CD jacket program and the filing of AFM B-4 report forms. I am happy to report that we are receiving more CD jackets from signatory companies in a timely fashion. When I first began ordering and processing CDs from the numerous record labels, I did it mostly in-between “other things.” Since then, it has grown with a life of its own.

EMSD works closely with major record companies, covered record labels, and independent labels who are signed to the Sound Recording Labor Agreement (SRLA) and its counterpart the SRLA Single Project Short Form (SRLA-SPSF). We began to request a “label copy” for each CD released by the label to provide us with as much information as possible about each recording.

The label copy often provides invaluable information: names of all participating musicians, their instrumentation, as well as the names of the studios where the recordings took place. This information is not always included on the album jacket and is not readily available elsewhere if the release is strictly digital. We’ve been successful in using an aggressive approach: formulating lists of releases from various sources (trade magazines, websites, etc.), submitting them to the record companies, and then following up when necessary.

Our research begins when we receive the CD jackets. Once our research is complete, we distribute copies of the CD jackets to the AFM local(s) in whose jurisdiction the recording took place. The local(s) then ensure that they have all the B-4 forms; that these forms are properly filed (including hours worked, doubles, overdubs, etc.); and also that there is a signatory in place. This is extremely important for wage and pension purposes. (We coordinate our efforts, share, and utilize information with the Pension Fund.) It also ensures that musicians are properly credited to receive checks from the Sound Recording Special Payments Fund for the next five years, as well as for new use (motion pictures, commercial announcements, etc.).

As a rule, locals should forward copies of B-4 forms to our office for any type of recording (sound recordings, limited pressings, commercial announcements, motion pictures, TV film, videotape/live television, etc.). They are kept for research purposes. I maintain a log of the B-4 forms I receive from locals and make sure that we send any and all copies of forms to my colleagues in the New Use Department, so they can prepare and submit new use billings on behalf of the musicians. For the B-4 report forms of symphonic recordings, I forward copies to the Symphonic Services Division.