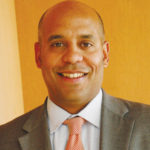 Increasing our presence within the community of young musicians throughout the US and Canada should certainly be a major priority for all of us. Increasing awareness of the AFM among younger generations will only improve our ability to recruit new members, expanding and diversifying our ranks.

To this end, many AFM locals already work tirelessly in schools and their communities, getting the message out about our organization and the incredible collective force that the AFM provides working musicians. I believe our membership growth challenge can be tackled through youth engagement, and at the same time, we can address the lack of diversity in the workplace.

As the entertainment industry struggles to diversify its ranks, what can we, as the largest union of musicians in the world, do to lead on the issue of diversiﬁcation? This is a touchy subject. The minute you mention the “d-word,” some will retreat into thoughts of afﬁrmative action, or the ﬁlling of quotas—efforts of the not-too-distant past that may or may not have a place in today’s society.

It is unfortunate, but true, that with the competitiveness of our industry and scarcity of jobs, those currently in the workforce may resist efforts of inclusion if it has the potential to impact their employment opportunities. As we look to the concert stage, theater pit, and scoring stages to see how we too can create opportunities for minority musicians, Local 47 has addressed this question by establishing a pilot program through a Career Pathways initiative. Our program, ofﬁcially titled “AFM Local 47 Career Pathways Program,” launched last month with funding from the Verdugo Workforce Investment Board (or as those of us who sit on these boards call them “the WIB”). 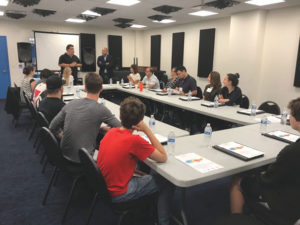 There are WIBs throughout the US. These boards, funded by the federal and state governments, were created to implement the Workforce Investment Act of 1998. The WIB’s main role is to direct federal, state, and local funding to workforce development programs. Traditionally, unions who work with WIB’s create apprenticeship programs, such as those that the carpenter’s union or electrical workers’ union would sponsor.

Traditional apprenticeships make sense for these unions, but not so much for us. You couldn’t expect to take a kid out of high school and train them for four to six weeks to begin working as a symphonic or recording musician. So, our approach through this program is to create career exposure and mentorship opportunities for exceptional musicians in high school who are identiﬁed by their music teachers as potential candidates for a career in music. While our pilot program was launched in partnership with the Burbank and Glendale School District, we aim to expand this initiative throughout the City of Los Angeles, especially in Title 1 schools, which typically serve minority communities.

Through our program we conduct an orientation about our union and its role in our industry. We also conduct one-on-one mentoring sessions with highly skilled professional musicians and coordinate recording session visits to allow our students the opportunity to see the magic happen in real time. WIB funding helps cover the cost of mentor participation and additional expenses incurred relating to this program. Coordinating these programs with our employer partners allows us to use the workplace as a center of education for these students.

As we continue down this road, beginning to lay the foundation for AFM musicians of tomorrow, we are hopeful that our experience will create a meaningful structure that can be replicated around the country.