It’s been two years since the AFM Canadian Office has been to SXSW, but this year the CFM decided to go back and take part in the Canadian Blast SXSW showcases, presented by the Canadian Independent Music Association (CIMA). CIMA undertakes various initiatives to raise the profile and increase the success of the independent music industry in Canada. CFM co-hosted The Musicians Showcase with the Musician’s Rights Organization of Canada (MROC) featuring artists who are both AFM/CFM members and MROC assigners. MROC Senior Manager for Communications and Outreach Julia Train and I were responsible for the showcase. Our goal was to give a broad display of the musicians that AFM/CFM and MROC represent. The acts included: Tim Chiasson of Local 571 (Halifax, NS), Grand Analog of Local 149 (Toronto, ON), The Pack A.D. of Local 145 (Vancouver, BC) and Paper Lions of Local 571. The different styles of music kept up the energy level in the room. 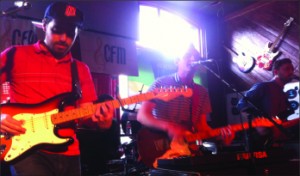 Like all the Canadian Blast showcases, the CFM/MROC showcase took place in Friends Bar, located in the heart of Austin (and SXSW) on 6th Street. During SXSW Friends Bar was known as “The Canada House.” This was the home base for everything Canadian music. With hundreds of musicians, agents, and others, the room quickly turned into a SXSW home for the Canadian music industry. It was a place where everyone could meet face to face, and celebrate their musical stories with each other. Local 149 members July Talk said it best: “Only Canadians would fly down to Austin, Texas,to hang out with a bunch of other Canadians.” 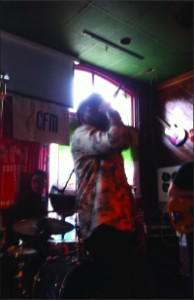 The Musicians Showcase was held Friday, March 14, from 12 p.m. to 3 p.m. Thanks to the acts and amazing staff at CIMA, the room filled up quickly! Tim Chiasson slowly and softly kicked off the show, while people entered the room. Next was Grand Analog, a hip-hop act that combined, reggae, jazz, and funk in their sound. After Grand Analog, was a two-piece girl band, The Pack A.D., who was not afraid to tear the stage. Paper Lions closed the set to a full house. It was a jam-packed Canada House. 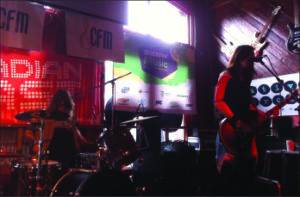 Not everyone in the room was Canadian. Local 433 (Austin, TX) Secretary-Treasurer Nicole Bogatz was kind enough to attend and watch some Canadian talent at its best. It’s very rare to see working musicians be paid at festivals like SXSW, but AFM/CFM and MROC assured all musicians performing their showcase were paid Local 433 rates.

Is SXSW good for music? Is it good for musicians? Bottom line, it’s a celebration of live music from around the world. It’s estimated that more than 250,000-plus people visited Austin this year.
It’s healthy for the AFM/CFM to be where the live music is—even better when the AFM can make sure at least some of the musicians are paid while we’re there. 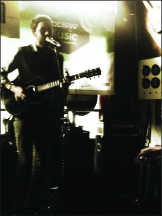