Members of United Steel Workers Local 9176 have been forced on strike for close to 18 months at Crown Holdings in Toronto, Ontario. Crown is one of the largest beverage and food can manufacturers in the world. Originally known as Crown, Cork & Seal, the company is headquartered in Philadelphia, Pennsylvania, and operates approximately 149 factories in 41 countries. It is profitable (it doubled its profits in 2012) and boasted net sales of $8.7 billion in 2013.

The 120 members of USW Local 9176 have been unionized for more than 25 years. Most are long-time employees, with an average of 20 or more years of service to Crown. Before the last round of bargaining, the union enjoyed a stable and productive relationship with the company.

However, in 2013, negotiations took on a very different flavour than they had in the past. From the beginning of this dispute, the company failed to engage in good-faith bargaining to reach an agreement with the union, and instead attempted to undermine and eliminate the union from the facility. Specifically, Crown repeatedly altered its positions, added new demands at critical points in bargaining, and caused countless delays or refused to meet with the union. Further, the company repeatedly tabled unreasonable demands, including a two-tier wage scale where new hires would permanently be paid significantly less for doing the same work, with no ability to “catch up” to existing workers in the same job classification. 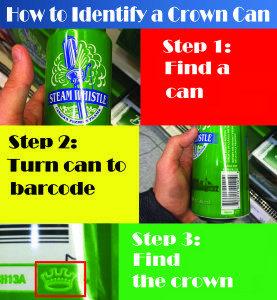 As a result, on September 6, 2013, USW Local 9176 members began a legal strike. The issues of the two-tier wage plan, as well as the other concessions demanded by Crown (such as the elimination of the COLA), and a new onerous shift schedule, left the members of Local 9176 no choice. In September, the company resumed production at the Weston plant by deploying replacement workers transferred from its Calgary facility and others hired through temporary agencies. There is also evidence that some of the replacement workers may have been illegally transferred from a Crown facility in the US without the requisite work permits. As of February, 80 to 90 replacement workers were inside the plant.

One of the first things I did in 2005, as the incoming AFM Secretary-Treasurer was to take inventory of the responsibilities of the position. I did this, of course, by reading the AFM Bylaws. The Secretary-Treasurer is also the publisher of the International Musician (IM). The IM is the official means of communication between the Federation and its members. All official business is put forth in this publication.

As I sat at my desk at 1501 Broadway in New York City, I looked across the room at the bookshelf filled with bound archives of the International Musician, dating back to 1896. Each was filled with news articles and editorials discussing and reporting the problems of the day experienced by members.  As I looked at those bound volumes, I noted the changes.

Upon examining the IM in 2005 when I took office, I decided that we needed to move to a different, more readable format. We redesigned the publication to have a slick color cover, and eventually it became a full four-color magazine with more pages. I also wanted to offer more information for the everyday freelancing musician, so the “Working Musician” section was born. We’ve made every attempt to include more stories of members and present more relevant information in terms of resources and career and health tips.

The IM is now available in a digital version. While some AFM members opt to receive only the online publication, the overwhelming majority of our membership still looks forward to receiving the IM in their mailboxes on the first of each month. They regard their IM subscriptions as one of the benefits of AFM membership.

Recently, there has been some discussion about doing only an online version. However, I do not agree with this idea. I believe we need both. The New York Times and other papers of the day have both. While I get The Atlantic monthly on my kindle, and not the paper version, I still like to thumb through the Sunday New York Times and the International Musician. There’s nothing like unplugging and catching up with notable musicians mentioned in the pages of the IM.

In July 2014, Crown made an economic proposal that guts the collective agreement, and seeks to eliminate the presence of the union from the workplace. This proposal includes across-the-board wage cuts of as much as 33% for all workers (new and existing), replaces the current benefit plan with a substantially inferior one, and freezes the defined benefit pension plan.

Moreover, Crown maintained the position that more than three-quarters of the unionized workforce will not return to work at the conclusion of the strike, if an agreement is reached. This is so punitive that USW believes it is unprecedented in labour relations in the Province of Ontario and is another clear signal that Crown’s real intent is to destroy the union, which is now pursuing unfair labour practice charges against Crown. This campaign calls on consumers to purchase their beer in bottles and not Crown cans (for more information, see www.bottlesnotcans.ca).

To clarify, the request is for a boycott of Crown cans, not of the products they contain. Many of the beverages sold in Crown cans are made by unionized workers in Canada and elsewhere. Consumers should not stop buying the products, but should choose to purchase them in alternative containers (i.e., in bottles or on draught).

This strike has become a defining struggle between Canadian workers and a global multinational corporation that is committed to breaking the union and punishing workers for exercising their right to strike. The brave members of Local 9176 have walked the picket line for close to 18 months in order to protect their standard of living. They deserve recognition from the entire labour movement, and CFM asks that you give them your support.