This month, as a part of my series highlighting the outstanding legislative work being accomplished across the Federation, I am honored to shine the spotlight on AFM Local 9-535 (Boston, MA) and its president, Patrick Hollenbeck. Boston, Massachusetts, sits atop global cultural centers as one of the world’s most revered and respected music destinations. For centuries, the Boston arts community has been responsible for innovative musical concepts that have generated new audiences and work opportunities for Boston musicians.

According to Guidestar, a nonprofit arts service organization whose mission statement is to “revolutionize philanthropy by providing information that advances transparency, enables users to make better decisions, and encourages charitable giving,” the Boston community currently generates approximately $147,108,812 in music revenue alone. This includes revenue generated by professional performing ensembles like the Boston Symphony Orchestra and smaller organizations such as Boston String Academy. This income helps provide the platform that many members of the local count on to boost the music profile of their community, while they earn livings as professionals, both in performance and education. On March 15, Boston Mayor Martin J. Walsh announced grants to 137 arts organizations to further their work within the Boston cultural community. 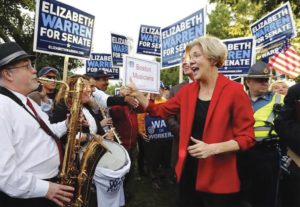 Local 9-535, under the leadership of Hollenbeck and Secretary-Treasurer Mark Pinto, represents a thriving, highly-skilled membership. Both officers also serve as the local’s voice to the Massachusetts chapter of the AFL-CIO, as well as with several arts and entertainment coalitions that closely monitor and help guide arts policy within the Boston community and throughout the state.

Hollenbeck and Pinto are quick to point out that they don’t do this work alone. Local Vice President Bob Couture is a political driving force in their efforts as well. Board Member Therese DiMuzio is seated on the Greater Boston Labor Council. Rank-and-file member Norman Daoust is leader of the Solidarity Dixieland Band. They are all, along with the musicians that perform, invaluable to the local’s advocacy process. Hollenbeck says that, without these valuable advocates, he is unsure where the local would be today.

It is clear that the Local 9-535 serves as a springboard for much of Boston’s cultural activity. Its 1,563 members comprise the majority of the professional talent pool hired by city and state cultural organizations. Notably, the local continues to use live music as its best weapon. It assembled the Boston Musicians Solidarity Dixie Band, which played at virtually every major campaign stop for candidate Elizabeth Warren when she was running for US Senate. The morning after she won, she called to thank the local. This practice continued for Marty Walsh (a former president of the Building Trades) in his successful bid to become mayor of Boston.

Likewise, local officers work diligently to contact the Massachusetts congressional delegation, educating and moving them to support HR 1733, the Fair Play Fair Pay Act of 2015, which among other things, will provide a performance right for artists used in sound recordings played on AM/FM radio, as well as provide royalties on pre-1972 sound recordings. The local has contacted Representative Stephen Lynch and Representative Michael Capuano with the intent to bring them on as co-sponsors of this critical legislation.

To show their resolve for the Fair Play Fair Pay legislation, Local 9-535 deploys live music and members to hand out leaflets in high-visibility locations such as urban farmers’ markets and Harvard Square. They hope to entice politicians serving these districts to do the right thing on the issue. The local even had one politician’s sister hand deliver a letter at his family’s picnic.

Other legislative matters that Local 9-535 has partnered on include the fight against a musical instrument sterilization bill, as well as the struggle to preserve existing independent contractor legislation. (Massachusetts has the strictest laws in the US to protect against wage theft.) The local also lobbies heavily for more state aid for the arts.

Local 9-535 strives to be a positive public presence as an advocate for all musicians. Vice President Couture served on the Mayor of Boston’s transition team. He wrote much of the administration’s policy statements related to music. President Hollenbeck penned a two-page editorial for The Boston Globe regarding the plight of musicians in urban environments. The local is also recognized for its diligent support of TEMPO, ranking nationally as number two within the Federation in terms of overall 2014 PAC member contributions.

Thanks to Local 9-535 officers and members for showing strength through activism. We look forward to their continued effective, active work in our federal legislative efforts.