Home » Legislative Update » The Shifting Face of Arts and Entertainment Policy and Power in Washington, DC


The Shifting Face of Arts and Entertainment Policy and Power in Washington, DC

As I noted in the May International Musician, federal arts and entertainment policy experienced a seismic shift in leadership in Washington, DC, when Representative Louise Slaughter (D-NY), Democratic co-chair of the House Arts Caucus passed away unexpectedly in March. Over the years, Slaughter was a dynamo when it came to public arts policy on Capitol Hill. Time and time again, her leadership of the 161-member bipartisan Congressional Arts Caucus came up with new policy strategies that led, not only to the survival of the National Endowment for the Arts (NEA), but also National Endowment for the Humanities, the Corporation for Public Broadcasting, and public arts education.

She was a friend to the entire arts community, but a very personal friend to us at the AFM. Aside from taking the leadership role in pressing arts and entertainment issues, she worked with the AFM as the sponsor of the 1998 Congressional Sing-Along for the Arts on the west steps of the US Capitol Building.  Sponsored by her office, the office of former Congressman Sidney Yates (D-IL), and the AFM, the event was heralded as one of the strongest shows of support for the NEA. Hosted by Slaughter, it included more than 60 members of the House and Senate. A Congressional band led by Peter Yarrow (a member of Locals 802 and 1000) of Peter Paul and Mary fame included Representatives Collin Peterson (D-MN) (a member of Local 30-73) on guitar and David Obey (D-WI) on harmonica, as well as yours truly on percussion. 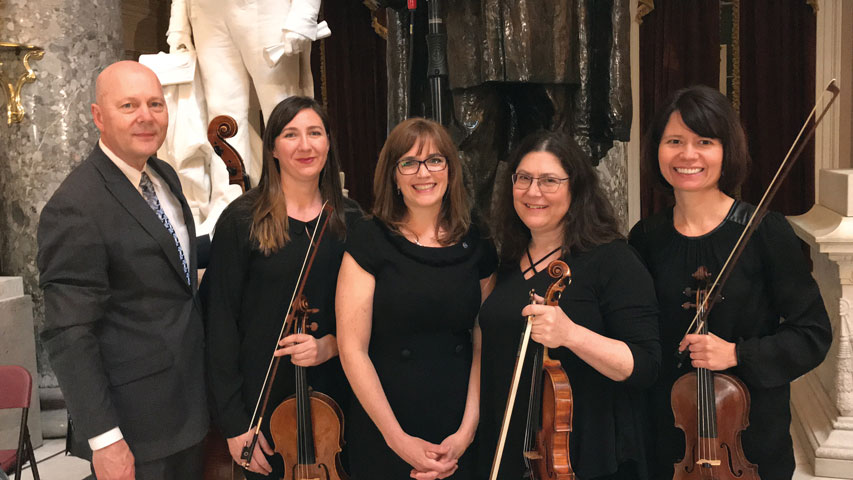 To express our heartfelt thanks to Slaughter and her family, the AFM sponsored a quartet of Local 161-710 (Washington, DC) members, organized by Local 161-710 Secretary Treasurer Marta Bradley to perform for family and friends in honor of Slaughter’s service. The group, the Eastman School Alumni String Quartet, comprised first-call players with professional roots in Washington, DC. The April 18 memorial event, organized by the office of House Speaker Paul Ryan, took place in Statuary Hall in the US Capitol Building. The memorial service was for members of Congress, guests, and friends who could not make the earlier funeral in New York. They commemorated one of the most beloved, capable, and respected bi-partisan legislators in the history of Congress. Stories of mentorship, friendship, and endearment filled the room along with tributes from Slaughter’s children, Speaker Ryan, and Democratic Leader Nancy Pelosi. The quartet masterfully performed the prelude and postlude in a fitting tribute to their personal congressional hero and Eastman School of Music supporter. Afterwards, thanks poured in from those in attendance; members of the quartet were interviewed by a Rochester, New York, news affiliate.

On the following day, House Democratic Leader Nancy Pelosi named Representative Chellie Pingree (D-ME) as Democratic co-chair of the Congressional Arts Caucus. Another fierce supporter of the arts, Pingree previously served alongside Slaughter on the House Congressional Arts Caucus in the fight to keep the arts alive in America. The AFM joined members from other arts and entertainment unions in a meeting with Pingree on May 18. 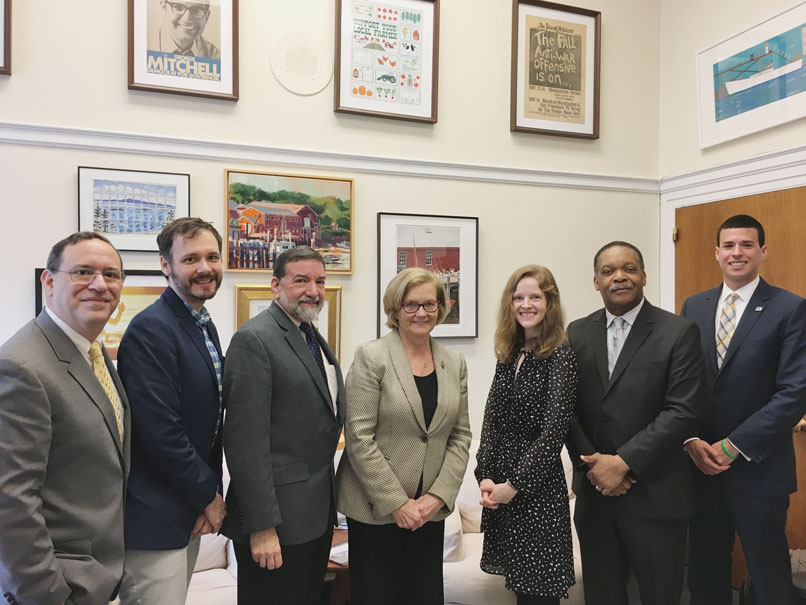 After four intensely successful years as chair of the NEA, Dr. Jane Chu, the dynamic force behind recent NEA growth, served notice that she would be moving on. Chu was an active, hands-on chair who made it a point to visit growing arts organizations in all 50 states, from densely populated cities to remote rural communities. She sought to connect artists and communities to expand the arts and sew a more inclusive cultural fabric of this nation’s most prolific arts institutions. As a musician with advanced degrees in piano pedagogy, business administration, and a PhD in philanthropic studies, Chu envisioned an America where arts organizations and artists expand into more livable communities. She encouraged artists to collaborate with their communities to promote the business and economic value of the arts, which has helped make the industry one of the most financially progressive contributors to the US gross domestic product. Her even-handed relationship with members of Congress made it easy for the majority of legislators to see the value of the arts. This visionary approach, time and time again, led to full funding of the agency, despite attempts by many in government to end the agency.

Chu’s unpretentious style, grace, and artistic talent, underscore the true merit of her appointment. She was the right person to lead the agency at the right time. She leaves the NEA better off than when she inherited it. We are sure this is not the last we’ll see of her. We look forward to our continued work with NEA staff and all the national artists and arts groups committed to maintaining the power of federally supported arts. The AFM wishes Chu a future full of all the best that life and career have to offer. 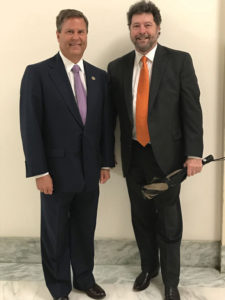 The parties involved, along with committee leadership, successfully and unanimously dispatched the legislation during the legislative process under Suspension of the Rules. This coveted Congressional procedure signifies that there is no objection to the legislation by anyone in that Congressional chamber. Once passed, the bill moved to the Senate for final congressional consideration. The Senate was expected to take up the bill May 15.

The AFM continues to work with other musicFIRST affiliated organizations and the offices of Goodlatte and Nadler to reach a negotiated settlement with broadcasters on a terrestrial performance right. During his opening comments at the April mark-up, Nadler clearly expressed his commitment to creating a performance right in terrestrial radio, even though it is not included in this bill. In his opening remarks Nadler states:

Not included in this bill is the creation of a terrestrial performance right, but that is solely a result of timing. Under our direction, the National Association of Broadcasters and the musicFIRST Coalition are engaged in discussions on this issue. We do not want to wait and potentially lose the opportunity to resolve some other timely issues, but we are confident that the parties will continue to negotiate in good faith toward a solution that benefits both sides.

Those negotiations continue. The Music Modernization Act is the first major piece of copyright music licensing legislation moved in Congress in 30 years.

AFM International President Ray Hair has enlisted the full range of legislative lobbying expertise from the AFM Office of Government Relations. Operating on several fronts, the office has, over the past year, participated in weekly calls by the National Coordinating Committee for the Solvency of Multiemployer Plans and worked with other labor affiliates to forge new ground in the battle to strengthen pending pension legislation.

May 10, 2018—Hair and I attend six meetings with Joint Select Committee members and staff, and AFL-CIO Legislative Department Pension Staff Lauren Rothfarb to discuss the Butch Lewis and Grow acts and labor positions on each. These meetings outlined the official pension fund position on the progress of Congressional legislative process and updated members of Congress on the status of the AFM-EPF

As the multiemployer pension issue moves forward, Hair has committed to regular visits to Washington, DC, briefing members of Congress, while working with the AFL-CIO to investigate consensus positions on legislation. The committee is expected to complete its work and make a final recommendation/report to Congress by November 30.

Members of the Joint Select Committee are: