Home » International Musician » An Approach to Comping: the Essentials, a Guide to Jazz Accompanying


An Approach to Comping: the Essentials, a Guide to Jazz Accompanying 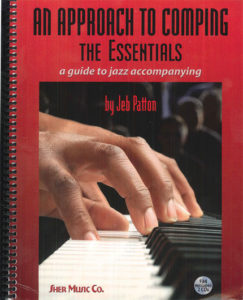 Comping is a term used to describe how a pianist (or other chordal instrumentalist) plays chords in a rhythm that propels and supports a soloist. Author and pianist Jeb Patton of Local 802 (New York City) says that this is the type of book he searched for when he first started playing jazz. It is meant as an aid to aspiring jazz musicians, uncovering some of the mysteries behind comping. It reveals what happens in the background—the groove, the backdrop, the rhythmic conversation, and the colors behind the soloist—and underscores the piano player’s role in comping. Two included CDs provide demonstration and comp-along tracks to help you learn techniques by playing along.

An Approach to Comping: the Essentials, a Guide to Jazz Accompanying, by Jeb Patton, www.shermusic.com.