Our work on this issue continues. Working with the League of American Orchestras (the League), the National Association of Violin and Bow Makers, the National Association of Music Merchants, and others, our group continues to meet with top Obama Administration officials, members of Congress, and their staff to shape new policies while fighting against the negative impact the federal regulatory process has had on our industry. These nuanced visits also allowed us to provide suggestions and solutions at the agency level to chart a path toward a resolution.

Since submitting President Hair’s testimony to the House Natural Resources Committee, our group has met directly with the chair, and select members of the White House Advisory Council on Wildlife Trafficking. The meeting, hosted by the League, centered on strategies to move Department of Interior leadership forward to resolve the issue of the insufficient number of ports of exit and entry. Talks have also centered on enforcement by US Border Patrol, US Customs, Agriculture Enforcement, and Homeland Security activities.

Recent meetings were also held with Department of Agriculture Animal and Plant Health Inspection Service (APHIS) Administrator Kevin Shea on the possible expansion of designated ports for departure and re-entry into the US by musicians with instruments containing USDA designated plant materials.

Unwinding the federal bureaucratic maze that impacts cross border travel by musicians is complicated, to say the least. The subsequent regulations following President Obama’s ban on African elephant ivory impacted many federal agencies and departments that have had to coordinate navigation by musicians through the quagmire of travel permits, CITES regulations, APHIS and US Fish and Wildlife Service (USFWS) requirements, Homeland Security-Customs, and Border Patrol coordination. I give credit to the advocacy team that works together daily on this issue. Methodical visits around Washington, DC, have allowed us to make changes, while having a positive impact on just about every facet of the ivory dilemma. 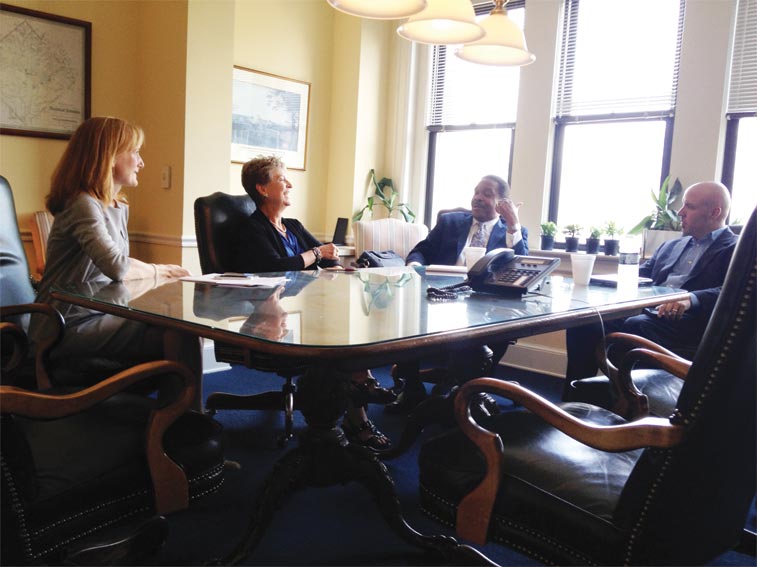