Each spring, Americans for the Arts, one of the nation’s largest, most effective, and most influential arts advocacy organizations, sponsors a week-long summit of activities in the nation’s capital centered on a national day of advocacy/lobbying, Arts Advocacy Day. Each year, the AFM is a national co-sponsor. As a co-sponsor, the Federation is involved in pre-event legislative planning and event organizing. In addition, over the years, the union has cooperated in congressional office visits with its counterparts from arts organizations across the country. This year, more than 500 arts advocates representing these organizations converged on Washington, DC, to promote a wide range of policy issues that are critical to sustaining a national arts presence on Capitol Hill and throughout the US.

This year, as in previous years, the Nancy Hanks Lecture series was held at the John F. Kennedy Center for the Performing Arts. The lecture, a centerpiece of the week’s events, featured the Atlanta Youth Orchestra and other diverse artists. Tribute was paid to Jack Golodner, Esq., former AFM member and founding director of the AFL-CIO Department for Professional Employees. Golodner played a pivotal role in the creation of the National Council on the Arts and was instrumental in the development of the Kennedy Center.

Keynote speaker for the evening was television producer, author, and social activist Norman Lear. Lear’s comments centered on the power of the arts and humanities to unite mankind when all seems lost. He spoke about how he used the art of storytelling to create the platform for one of the most renowned national political organizations in this country, People for the American Way. He said that American culture cannot and must not be out of touch with humanity. He also spoke about how messages from his television shows helped establish moral certainty in the lives of many actors and others in America who carry forward the torch of cultural harmony.

The AFM was represented at this year’s opening plenary by Local 161-710 (Washington, DC) President Edgardo Malaga, Kennedy Center Opera House trombonist and Local 161-710 board member and legislative-political coordinator Doug Rosenthal, and me. More than 500 arts organization delegates from across the country were briefed on legislative lobbying issues.

Keynote speaker for the event was National Endowment for the Arts Chair Jane Chu. Chu discussed the importance of the delegates’ presence in Washington, DC, and how their efforts lend much needed support to the federal mission of promoting and preserving the arts in America. She talked about how the NEA’s mission goes beyond funding to advocacy for critically unique programs like Art Works, Challenge America, and Our Town. The organization also promotes and supports research relating to arts and healing through special partnerships, plus special programs focused on the arts and the military.

National Symphony Orchestra violist and ICSOM governing board member Jennifer Mondie, a member of Local 161-710, and I represented the AFM at the annual White House briefing. This forum allowed White House and federal agency staff to provide an extensive overview of Obama Administration support for the arts in terms of funding, outreach, program modeling, research, and metrics. Agency programs focused on in-depth analysis of the impact of the arts and their intrinsic value, as well as the economic enrichment the arts provide to American communities. This data is shared with Congress, and now also with more state and municipal government agencies. It is available to arts organizations seeking qualified research necessary to improve their programs.

Though the title “Arts Advocacy Day” seems to imply a one-day gathering, in reality, it is a weeklong series of events. The 2015 Congressional Arts Handbook from Americans for the Arts provides useful data and statistics for arts organizations. You can download a copy at: www.americansforthearts.org/by-program/reports-and-data/legislation-policy/legislative-issue-center/congressional-arts-handbook. 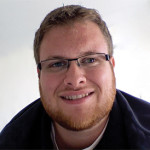 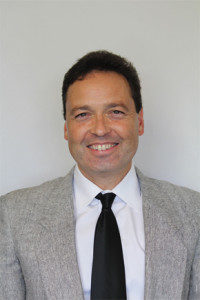 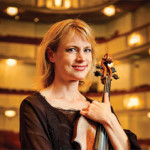