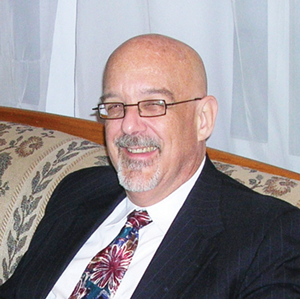 In 1976, as a first-time negotiating committee member with the Tulsa Philharmonic, our committee was frustrated by the fact that we were totally on our own in guiding our negotiations. Our local union did not know how to assist us, there was no one we could call for advice, and we had no access to other contracts across the country to learn how others dealt with similar negotiation issues. That same condition prevailed in 1979, when the orchestra was locked out for six weeks.

In September 1981, I attended a Nashville Symphony Orchestra contract meeting as the newly engaged principal bassist of the orchestra. At this meeting, the orchestra was divided over passage of a new contract, primarily due to issues of the core orchestra size—full-time musician issues versus part-time musician issues. The music director had fired two musicians because they openly opposed him on the issue of core orchestra size. Here again, the local did not know what to do in this situation.

These events and others culminated in a letter I sent in November 1982 to 30 “regional” orchestra committee chairs across the country, proposing the formation of the Regional Orchestra Players’ Association (ROPA). Now on the eve of retirement, following four years as ROPA President and 28 years as an AFM negotiator, I reflect upon my life’s work.

I was fortunate to have some of the best mentors throughout my career. As a first-time ROPA President, I received expert guidance and mentoring from former International Conference of Symphony and Opera Musicians (ICSOM) Chair Fred Zenone. Fred was a brilliant man, a dedicated labor activist, and a fine negotiator/mediator. Lew Waldeck, the first director of the AFM Symphony Department, hired me during the 1988 Nashville Symphony shutdown, and to this day, his words and teachings continue to guide and inspire me and countless others who had the opportunity to know him.

When I went to work for the AFM at the West Coast Office in June 1988, I was sent on my first negotiation assignment with the El Paso Symphony after only three days in the office. In retrospect, that was the best way to learn: dive in, take your bumps, and learn from experience. But again, I benefited from sage mentoring from Lynn Johnson, then director of the Symphony Department at the AFM West Coast Office. Lynn taught me invaluable skills in negotiation including, but not limited to, designing a sensible, methodical process, orchestra “powah” evaluation, and the art of the “off-the-record” meeting. To this day, her words, “leave no stone unturned,” guide me in negotiations and in everyday life.

Other mentors included Lenny Leibowitz, former counsel to Symphonic Services Division (SSD), who together with his then-wife Peggy, taught all of us in SSD, ICSOM, and ROPA about negotiations, arbitrations, contract administration, and unionism.

I would be remiss if I didn’t also mention retired AFM Director of Organizing Janice Galassi, current SSD Counsel Rochelle Skolnick, and my colleague, Negotiator Chris Durham. Janice taught me invaluable lessons and skills in union and internal organizing. Rochelle has advised me on countless legal and strategical issues (at almost any hour of the day or night). Thank you, Rochelle, you’re the best! Chris and I have been in the union trenches together since 1982. We’ve chewed the fat about unionism and our industry constantly since then. I have gained so much from learning his perspectives. I will sorely miss working with him.

Looking back at some 330 negotiations over the past 28 years, I feel that I did what I could. In too many cases, there was an expectation that the negotiator or counsel “could just wave a magic wand and fix it” with limited committee or rank-and-file involvement. As Lew Waldeck used to say, “There is no magic.” The ability to achieve the best possible contract is directly dependent upon an organized, dedicated committee and a rank and file willing to spend the time and energy necessary to achieve the collective goals.

The Grand Rapids Symphony (GRS) Negotiating Committee, pictured here, and the members of the GRS exemplify the best of those qualities. Going forward, it will be critical to make committee training and rank-and-file unionism training available to our orchestras across the country and to conservatory/university music students soon to enter our field. Symphony veterans will need to pass on their wealth of knowledge to incoming members, if we are to effectively sustain and build upon the current wages and conditions in our orchestras.

As for my future, I will somewhat return to my teaching roots, doing substitute teaching in area schools, setting up extra-curricular classes in critical thinking skills, and continue my passions for hiking and traveling. I will remain active in the AFM, Labor Notes, and the labor movement in general.

I feel very fortunate to have worked in the labor movement, and to have served our locals and our membership over these past 28 years. My sincere thanks to SSD Director Jay Blumenthal and all SSD personnel current and past for the opportunity to work with all of you, as well as many other AFM staff, and countless local officers and committees that help make our union a truly democratic institution.

My best wishes for a successful AFM future. 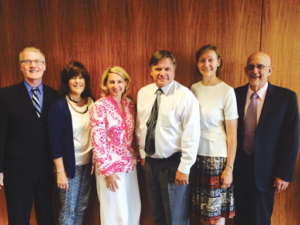