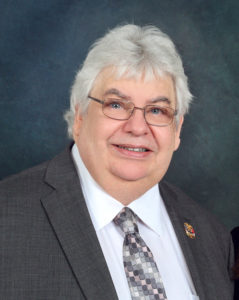 The Canadian Office has several negotiations occurring simultaneously. Some of these negotiations are ongoing and others are just beginning. We have been at the table with the jingle industry for more than a year. When bargaining a successor agreement began, there seemed to be a taste from the other side for more inclusive packaging, where several platforms could be purchased up front in one-year increments. That has now changed, and the emphasis is now dubbing different iterations for web use. What was once being referred to as “new media” is now simply “digital.”

When the current agreement was written, Internet advertising was in its infancy, and the revenue was small in comparison with television and radio. Now, of course, the Internet has become a mainstay and is treated as a third and equal platform.

These rather massive shifts in how advertising agencies spend their dollars have made it imperative that we completely revise the language and find ways to simplify pricing. While there are several obstacles to be overcome, there is light at the end of the tunnel and finalization of a new Commercial Announcements Agreement is imminent.

After many years, we have finally been successful in getting the Canadian Media Producers Association (CMPA) to agree to negotiate. This will be the first independent production agreement for use in Canada, an important step because our General Production Agreement (currently negotiated with the CBC) is not a particularly good fit for independents. Once in place, it will represent more covered work for our members, and we should be able to capture productions that are now either done dark or offshore.

The same team will be in place for negotiations set to kick off March 13, as we begin bargaining with the remaining three terrestrial broadcasters: Corus Entertainment, Rogers Communications, and Bell Media. The hope is that the current General Production Agreement (GPA) can be used as a template. Right now, certain music programming is being done under a letter of adherence to the GPA, such as CTV’s The Launch (look for the CFM logo in the credits), the Junos, and other award shows. This will allow us to capture all productions with live musicians, as well as scoring.

With the assistance of Local 293 (Hamilton, ON) President Larry Feudo and Secretary-Treasurer Brent Malseed, we have entered into negotiations for a successor contract with the Canadian Country Music Association (CCMA), in anticipation of this year’s awards, hosted by the city of Hamilton. CCMA has agreed to a three-year deal to avoid repetitive bargaining.

The spring and summer will be extremely busy finalizing agreements, but the payoff will be more covered work for more members, which after all, is the point.