Among the Rock and Roll Hall of Fame’s 2016 inductees are AFM members Cheap Trick, Chicago, and Steve Miller. The 31st annual induction ceremony will take place at Barclays Center in Brooklyn, New York, on April 8, 2016. HBO will broadcast the ceremony. 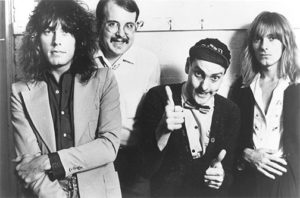 Cheap Trick had perfected an extremely individual yet classic rock and roll band sound by the time it released its first album in 1977. The band’s records and concerts display a singular musical consistency over almost 40 years. Cheap Trick is led by Local 10-208 (Chicago, IL) Rick Nielsen’s classic and perpetually fresh guitar and the sweet power of Local 10-208 member Robin Zander’s vocals. The group’s original line-up with Local 257 (Nashville, TN) Tom Petersson on bass and the amazing Local 10-208 member Bun E. Carlos as the powerhouse drummer influenced pretty much every other hard rockin’ band that came afterwards. 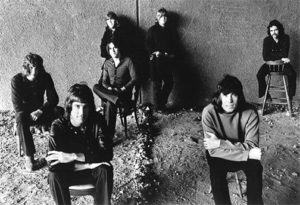 sit Authority broke onto the scene unapologetically in 1969 with their self-titled double album, Chicago Transit Authority. As the band began touring, under pressure from the city of Chicago, they shortened their name to simply, Chicago, and later released their second self-titled album, Chicago, in 1970. Chicago’s early lineup—Local 208 members Walter Parazaider, Robert Lamm, Lee Loughnane, James Pankow, Danny Seraphine, and the late Terry Kath—created an unmistakable sound. Their inclusion into the Rock and Roll Hall of Fame is not only well-deserved, but an honor that has been overlooked. With more than 21 Top 10 singles, five consecutive Number One albums, 11 Number One singles—fans that stretch across the globe and countless bands that have followed in their wake, Chicago’s legacy is unquestionable. 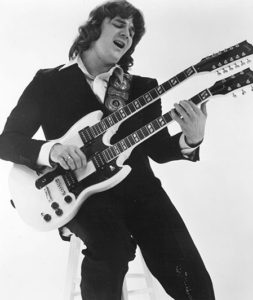 Steve Miller of Local 76-493 (Seattle, WA) was a mainstay of the San Francisco music scene that upended American culture in the late ’60s. With albums like Children of the Future, Sailor and Brave New World, Miller perfected a psychedelic blues sound that drew on the deepest sources of American roots music and simultaneously articulated a compelling vision of what music. In the ’70s, Miller crafted a brand of pure pop that was polished, exciting and irresistible–and that dominated radio in a way that few artists have ever managed. In recent years, Miller has immersed himself in the blues. And, as always, whether he was riding the top of the charts or exploring the blue highways of American music, he is playing and singing with both conviction and precision, passion and eloquence, and making records that, quite incredibly, are at once immediately accessible and more than able to stand the test of time.