AFM President Ray Hair’s address to our conference began with a long talk about the history of union politics in DFW area. He spoke of his belief in service unionism, as opposed to business unionism, which is elitist and creates hierarchies. Top down unionism doesn’t work! He also highlighted the success of the recent recording negotiations.

Many topics were discussed in my TMA President’s Report. TMA chartered two new chapters in 2013: Washington, DC, and Dallas-Ft. Worth, Texas. I believe this was possible, in great part, thanks to the advocacy of Local 161-710 (Washington, DC) member Ed Malaga and Local 72-147 member Debbie Brooks. TMA would like to help its members-at-large to form a nongeographic chapter. The TMA website has lots of new additions. The Theater Contract Data Repository, a collection of data formatted to compare important aspects of theater CBAs from many AFM locals, became active last spring. It is housed in a password-protected section of the TMA website as is our new TMA Officers’ Toolbox. On a sad note, I announced the June 24 passing of Rich Genovese. He was a director for membership-at-large from the time TMA formed the position until the 2012 Conference. He was a gentleman and an outstanding musician and musicians’ advocate. 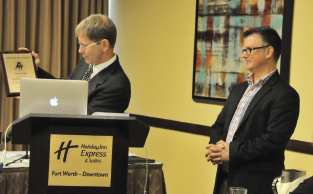 The TMA Executive Board passed a Bylaw Resolution #1 enabling it to “confer honorary membership upon any person for distinguished action on of the TMA or on the musical theatre profession.” It also passed a Bylaw Resolution #2 making former AFM Director for Touring/Theatre/Booking and Immigration Steve Gelfand its first honorary member. Gelfand gave his final report to TMA on Pamphlet B touring, including present and upcoming shows, via Skype. His replacement, former TMA Vice President Michael Manley, gave an overview of the AFM Touring/Theatre/Booking and Immigration Division. He looks forward to working with TMA again. 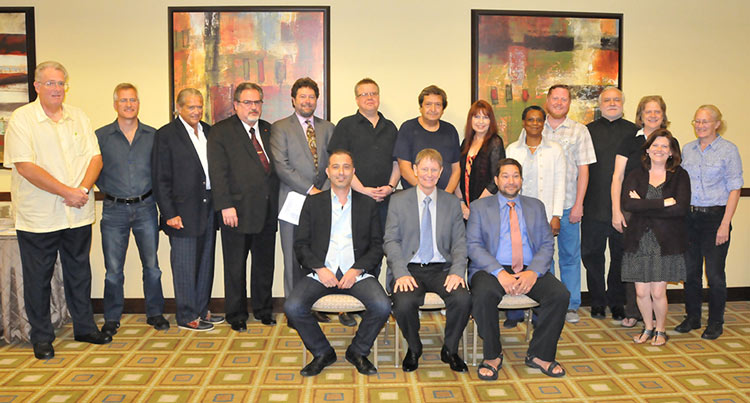 We had two outstanding guest speakers this year. Dallas attorney Yona Rosen discussed the Affordable Care Act and its effects on union musicians. J.D. Harris, a commissioner of the Federal Mediation and Conciliation Services (FMCS), discussed the workings of the FMCS. Reports were also given by TMA Director for Broadway and Local 802 member Jan Mullen, Director for Travelers and Local 802 member Jamie Schmidt, and Chair of the Membership-at-Large Organizing Committee Walter Usiatynski.

The TMA would like to thank outgoing officers Rich Tremarello of Local 8 (Milwaukee, WI), Leo Murphy of Local 10-208, and Mark Mauldin of 161-710 for their service with TMA. TMA is a voluntary organization and the time and effort given by our local and national representatives is greatly appreciated.

TMA is  dedicated to ensuring live music remains a vital and valued part of theatrical musicals. Our purpose is to represent and serve the needs of all local and touring theatre musicians. See if we are a good fit for you. Visit our website: afm-tma.org, and follow us on Twitter: @TMAMusicians and don’t forget to “Like Us” on Facebook!