10-Plus Years of Improvements 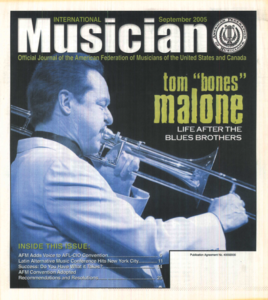 In 2005, when I was elected Secretary-Treasurer, my goal included streamlining the operations of the office, consolidation of the computer systems, and creating a process for better management of working capital. Ten years later, I am happy to report that at the close of business 2015, income over expenses was more than $1.3 million—the fourth year that has had a net income of a million dollars.

Just a year into my tenure, my staff was able to cut $500,000 in expenses and decrease auditing fees. We also launched a payroll service, which made billing more seamless, while providing funds to our members in a more timely fashion.

In 2015, we saw visa opinion letters grow to an all-time high of $1.6 million, and new use payments continue to increase. For instance, the SAG-AFTRA Fund is expected to grow to $1 million in 2016 alone. The IT department has revamped the computer systems to meet the growing demand of membership and program development. It’s facilitated more efficiency in membership management and greatly enhanced our online presence. I am happy to say we have been able to upgrade, sustain, and exceed the goals and expectations we set out to achieve.

The International Musician (IM) has been a special project for me. I take pride in working on this award-winning journal, which has been the “face of the AFM” for almost 120 years. As I have traveled around the country as the magazine’s publisher I get feedback from member readers on what the publication means to them.

It is a vital resource for the union’s working musicians, representing a diverse and eclectic membership. From AFM profiles and industry news to labor rights campaigns, collective bargaining updates, and legislative news, each month members can look forward to a magazine that engages and informs. In line with an all-important goal, the magazine was recast to illustrate the AFM’s growth and far-reaching influence. Each year we have consistently won awards and recognition from the International Labor Communications Association (ILCA).

A New Look, a New Read

To create a more competitive image in the music magazine market, we gave the journal a fresh format in 2005. A glossy cover was added to IM that almost immediately increased visibility. The layout was redesigned for ease of use and readability. In addition, new sections added ballast, making IM a more effective tool for recruitment. The “Working Musician” section provides marketing, business, financial information, and highlights membership benefits. Our “Upbeat” profiles showcase the careers of a variety of AFM members, covering a range of music: jazz and blues, classical, country, funk, rock, fusion, mariachi, and Canadian baroque, to name a few. And for all music junkies, the “Cool Tools” new product announcements section was an instant success.

The revamped IM has resulted in an increase, in particular, in subscriptions by libraries and music schools. Through marketing initiatives and creative advertising we have made inroads into hitherto unexplored venues. In 2016, member appeal continues to expand, especially through the redesigned and enhanced website,
InternationalMusician.org.

I can honestly say this position has given me more satisfaction than I ever imagined anything could, besides making music. To the membership and especially my staff, thank you. You have my utmost respect and gratitude.